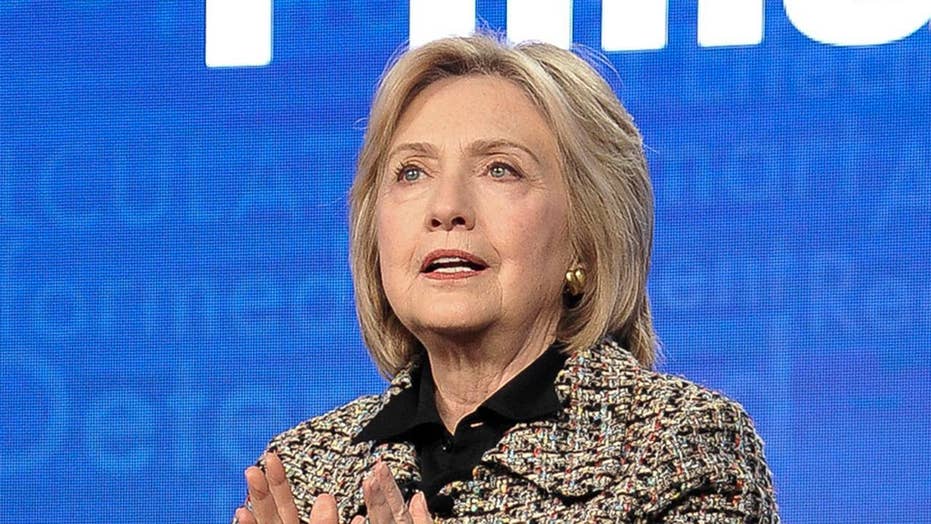 "I still think in the back of her head, she thinks that she is just going to parachute into this whole mess," said Fox Business Network's Dagen McDowell, who added that Clinton may be reacting to the poor performance of the candidates in the latest Democratic presidential debate.

GABBARD, YANG AND OTHER DEMOCRATS SLAM CLINTON REMARKS ON SANDERS AS PETULANT, DIVISIVE

Clinton is launching a Hulu series about her life called “Hillary.” During a Hollywood Reporter interview about the documentary and in the documentary itself, Clinton slammed Sanders, whom she competed against in the 2016 Democratic presidential primary, saying "Nobody likes him” and claiming that “nobody wants to work with him."

During the initial interview, which was published in The Hollywood Reporter on Tuesday, Clinton refused to say whether she would endorse Sanders as the Democratic nominee, should he win the nomination.

"Hillary is giving Sanders the Trump treatment, and I think the left might, might be understanding Trump a little more," Watters said. "She says he's mean. He has no friends. He's sexist. His supporters are bad... She's joining the media and taking Bernie out."

The "Watters' World" host says Clinton is flexing her political muscles and possibly preparing for a brokered convention.

"I think it has to do with Hillary trying to exert some power," Watters said. "I don't know when she is going to drop in, during the brokered convention or what."

"I think she's going to go for [Clinton's] throat in the next couple of days," Watters speculated.