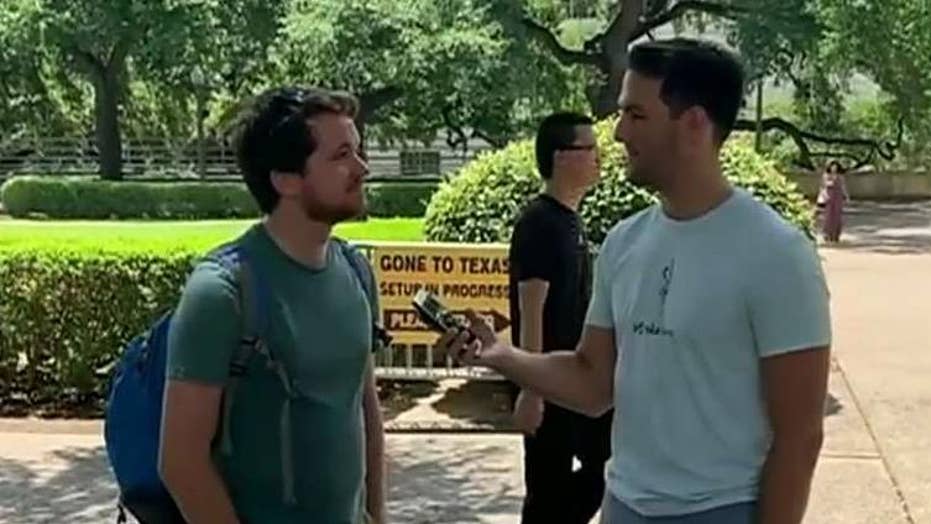 A student group has threatened to dox the names of incoming students at the University of Texas at Austin who join conservative groups.

Conservatives faced doxxing threats on a Texas college campus in June and it prompted Campus Reform's Cabot Phillips to ask students there about the issue.

“[Doxxing is] absolutely a growing trend and it was encouraging to see most students come out and admit [that] doxxing is wrong regardless of the purpose,” Phillips told “Fox & Friends.”

“Sadly it is becoming more and more common.”

An Austin, Texas student group threatened incoming freshmen at the University of Texas that it would post their public information if they joined a conservative club on campus. Doxxing is a slang term referring to the disclosure online of someone's personal information.

The Autonomous Student Network, which was previously suspended from Twitter for doxxing supporters of Supreme Court Justice Brett Kavanaugh during the nomination process, threatened similar action against freshmen who joined groups like the Young Conservatives of Texas or Turning Point USA.

"Hey #UT23! Do you wanna be famous?" the self-described "antifascist" account tweeted. "If you join YCT or Turning Point USA, you just might be. Your name and more could end up on an article...So be sure to make smart choices at #UTOreientation."

The previous articles featured photos of conservative student leaders--along with personal information about them, including phone numbers and email addresses--labeling them as "dangerous" and accusing them of "harassing professors, infiltrating student groups, and rigging student elections."

Phillips went to the campus during its freshman orientation to get the students' reactions to the threat.

Another student said: “I mean this is a great school, you should be able to express your views as a whole whether you’re conservative or super liberal."

Phillips also said that students with unpopular opinions need to feel protected on campuses that have “little ideological diversity.”

"We need to come together as a country and as universities and make sure we shut this down," he said, applauding the University of Texas for moving swiftly to work with the state's attorney general on the threats.