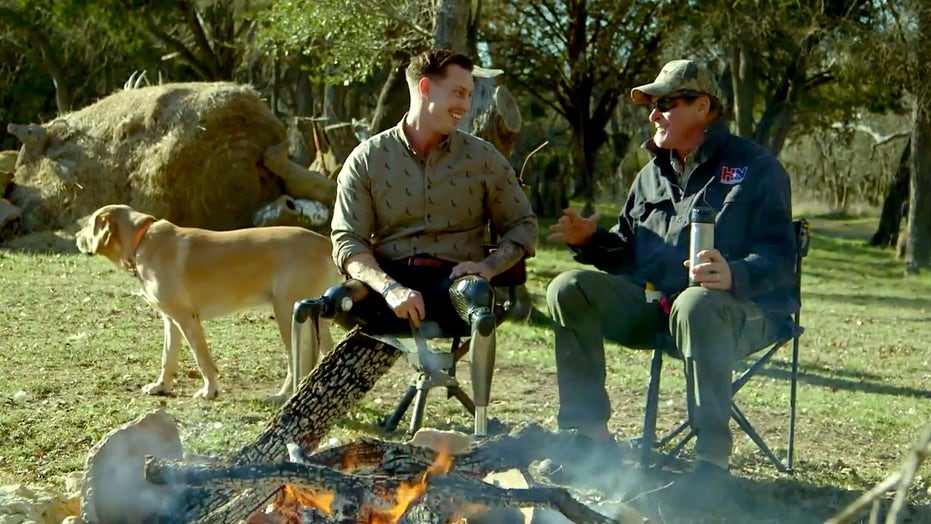 In the new series "Fox Nation Outdoors," retired Staff Sergeant Johnny "Joey" Jones celebrates American values and the Americans who embody them, in a journey of hunting and fishing trips across the country.

Where could be a better place to start than at rock 'n' roll legend Ted Nugent's Texas ranch, deep in the heart of the Lone Star state, about 1,300 miles from his hometown of Detroit.

Here, Nugent's preferred weapon of choice is the bow and arrow.

But Jones, who lost both of his legs above the knee and suffered severe damage to his right forearm and both wrists while deployed in Afghanistan in 2010, was unsure whether he would be able to handle the weapon.

"I am a proficient and experienced rifleman, but a bow and arrow are new tools for me," narrated Jones in the Fox Nation show. "The injuries to my right arm and both wrists make drawing the bow seem nearly impossible."

But Jones proved to be a quick study after some coaching from Nugent and his wife, Shemane.

"That is so gratifying to me to see a warrior, a sniper, military hero discover the great escape of your life," said Nugent. 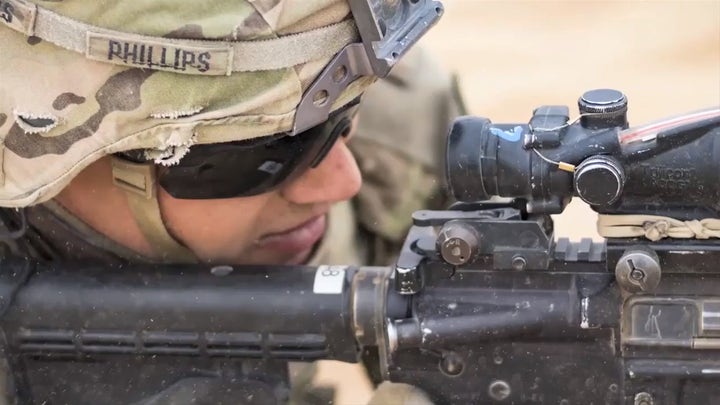 Nugent told Jones that he found solace in hunting — as a reprieve from the wild rock 'n' roll lifestyle.

"A lot of my so-called peers... they've got high and drunk and stoned in a scramble to escape the pulsations of the music because it's not easy," he said, "and I go to the woods."

"By the time I got here," he said, imitating the pulling back of the string of a bow, "no music, no nothing. I'm a samurai. I'm Bruce Lee with a sharp stick, momentarily."

Jones and Nugent also went on a deer hunt, which Nugent explained was a necessary part of life on a ranch, where he is responsible for controlling the size of the herd on his property.

"Everybody wins. Society wins. The good earth wins. The wildlife wins. Our barbecue wins and our happiness factor wins. So I'm so proud of being a hunter — that there's nothing that is more beneficial to the environment than the outdoor lifestyle."

To watch all of the entire "Fox Nation Outdoors" series, and see episodes with former U.S. Army sergeant and retired mixed martial artist Randy Couture and others, go to Fox Nation and sign up today.