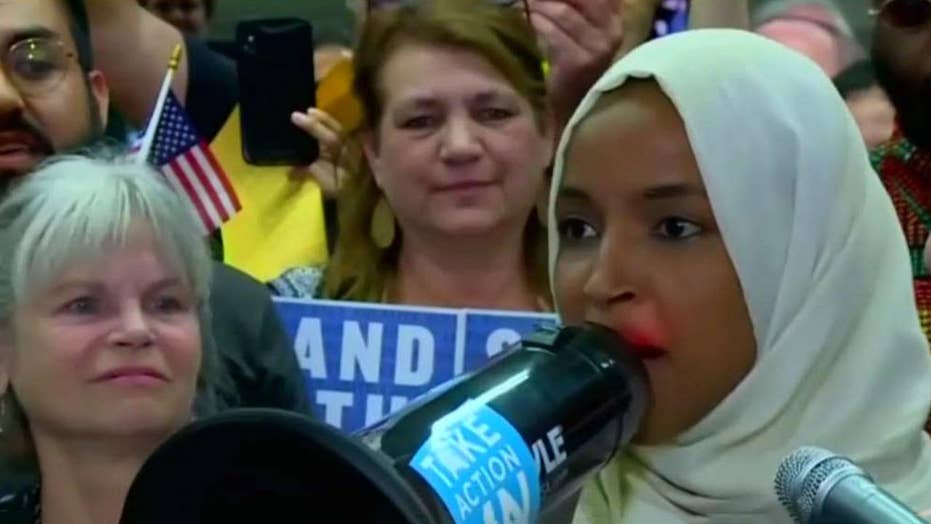 Israel's decision to ban Reps. Ilhan Omar and Rashida Tlaib sparks controversy over how the choice was made

2017 law allows Israeli government to deny entry to those who encourage the actions of the Boycott, Divest, Sanctions -- or BDS -- movement; Trey Yingst reports from Jerusalem.

Rep. Ted Lieu, D-Calif, demanded the resignation of U.S. Ambassador to Israel David Friedman and suggested that his "allegiance" is with the Jewish state after Friedman supported the decision made by Israeli Prime Minister Benjamin Netanyahu's government to bar Reps. Rashida Tlaib, D-Mich., and Ilhan Omar, D-Minn., from entering the country.

Appearing on CNN, Lieu slammed the Trump administration for "working against" Tlaib and Omar, calling its conduct "outrageous."

"Ambassador Friedman, the U.S. ambassador to Israel, actually I think he should resign," Lieu told "The Situation Room" anchor Wolf Blitzer. "He doesn't seem to understand that his allegiance is to America, not to a foreign power. He should be defending the rights of Americans to travel to other countries and to visit their relatives."

When asked to elaborate what he meant about Friedman's "allegiance to a foreign power," Lieu called Friedman's statement "outrageous" and despite Blitzer's rejoinder that the ambassador was following President Trump's position, Lieu still demanded his resignation.

"His allegiance, again, is to America, not to a foreign power," Lieu reiterated.

Lieu made a similar attack against the ambassador on Twitter. He later deleted the tweet and issued an apology.

"It has been brought to my attention that my prior tweet to @USAmbIsrael raises dual loyalty allegations that have historically caused harm to the Jewish community. That is a legitimate concern. I am therefore deleting the tweet," he wrote.

In a statement Thursday, Friedman said he "supports and respects" the stance of the Israeli government to not allow Tlaib and Omar into the country due to their vocal advocacy of the anti-Israel Boycott, Divest, and Sanction (BDS) movement.

The ambassador slammed the itinerary of the Democratic congresswomen for not having a "balanced visit" with Israeli and Palestinian leaders like their congressional colleagues' official visit and instead limiting their exposure to "the most strident of BDS activists."

"Like the United States, Israel is a nation of laws," Friedman stated in reference to the Israeli law that forbids BDS activists from entering the country. "We support Israel's application of its laws in this case."