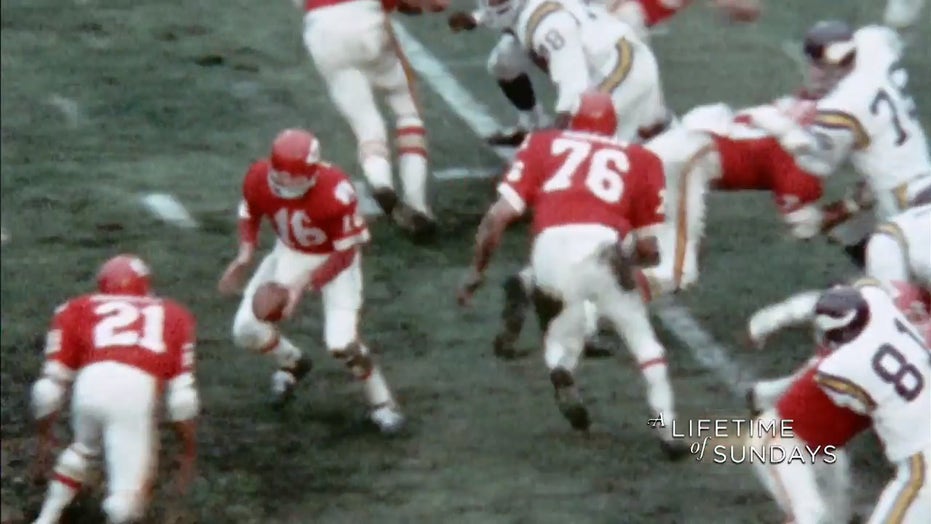 The matriarch of the Kansas City Chiefs, Norma Hunt is the only woman to have attended every Super Bowl ever played.  Now her team will compete for their first championship title in 50 years and one play from that winning season, five decades ago, remains fresh in her memory.

Often referred to as the "First Lady of Football," Norma Hunt has been a part of the Chiefs' organization from the very start.  Her husband, Lamar Hunt, founded the Chiefs in 1963, and her son, Clark Hunt, is chairman and CEO of the team today.

Lamar and Norma Hunt stand in front of their home in Dallas, Texas, June 1, 1970. Hunt is the 37-year-old entrepreneur who presides over a sprawling complex including five professional sports teams that include the champion Kansas City Chiefs. ( AP Photo/Fred Kaufman)

In Fox Nation's "A Lifetime of Sundays," Norma and three other female NFL owners told their stories of the history of the professional football league with new interviews and archival footage.  The documentary will be available on the Fox Nation streaming service on Monday, Feb 10.

"Hank Stram loved being mic'ed and he had his own language," Norma told Fox Nation.

"'Matriculate the ball down the field,'" she said, intimating the iconic coach, who holds the record for winning the most AFL championships in that league's history. 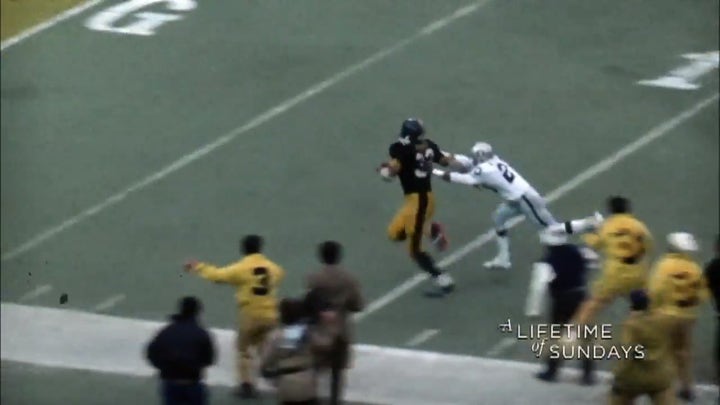 "He called a play '65 toss power trap,'" said Norma, remembering the most memorable play of Super Bowl IV.  It resulted in the Chiefs' first touchdown of the day and they went on to defeat the Minnesota Vikings 23-7.

"The play became so famous that when we redid the stadium, we incorporated it into the stones that surround the statue of Lamar," she said. "It's legendary in Chiefs history."

The Pittsburgh Steelers' Patricia Rooney is also featured in "A Lifetime of Sundays," and of course, she fondly remembered the play that saved the Steelers in the closing moments of the 1972 AFC divisional playoff game against the Oakland Raiders. 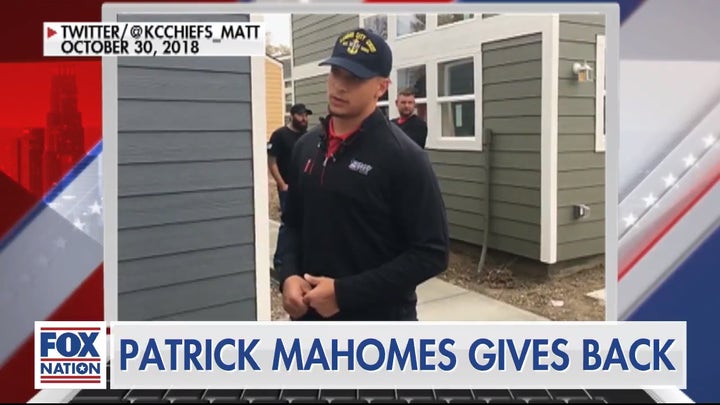 "It was a big game, and it looked like we were really going to lose it," recalled Rooney.

With 22 seconds left in the 4th quarter, the Steelers trailed the Raiders by one point -- they needed a miracle.

TOMI LAHREN: WHY WE NEED MORE MEN LIKE PATRICK MAHOMES

Steelers' quarterback Terry Bradshaw heaved the ball down the center of the field.  Two players collided and the ball popped up into the air.  Just inches from the ground, star running back Franco Harris grabbed the ball and ran it into the endzone.

"The Immaculate Reception -- it was immaculate.  It was unbelievable," she recalled.  "That was a really happy start to a lot of good times.  It was like the whole city became the team.  Everybody won the game -- together."

"A Lifetime of Sundays" will be available exclusively on Fox Nation on Monday, Feb 10.  Go to Fox Nation and sign up today.