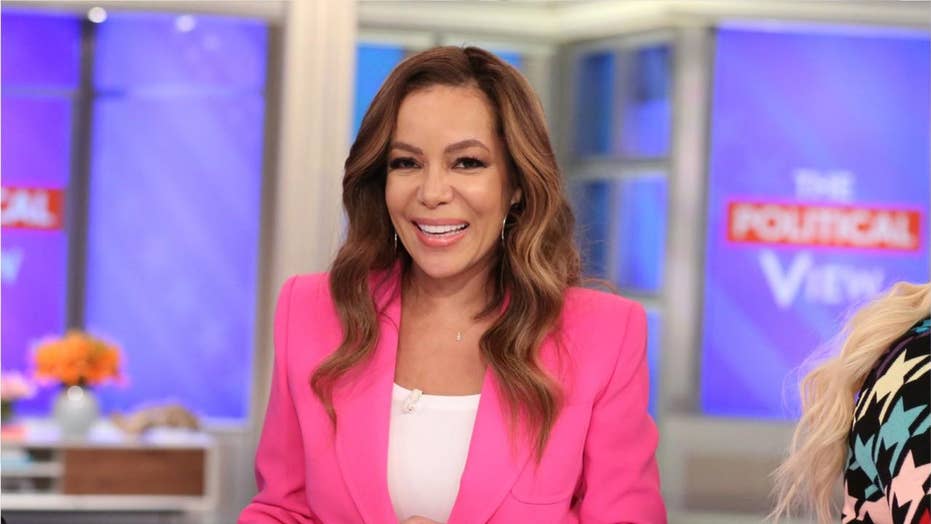 “The View” co-host Sunny Hostin said Monday she is “really disappointed and saddened” by alleged racist comments made by ABC News executive Barbara Fedida, which resulted in the network vice president being placed on administrative leave.

Whoopi Goldberg opened the show in a somber tone, telling viewers that she wanted to address a report from Huffington Post's Yashar Ali. The bombshell report laid out damning accusations of Fedida and her treatment of black journalists at the network — including reportedly referring to Hostin as "low rent" and racist comments about “Good Morning America” co-host Robin Roberts.

“I think I should say something, it was a tough weekend for me, and I was really disappointed and saddened and hurt when I learned about the racist comments that were made, allegedly, about me, my colleagues and my dear friends,” Hostin said.

“Because, if true, to reference Robin Roberts, who is one of the most respected and beloved journalists in our country as ‘picking cotton;’ to reference me, someone who has been very open about having grown up in public housing as being ‘low rent,'" Hostin continued, "it tells me that systemic racism touches everything and everyone in our society regardless of social stature.”

"It tells me that systemic racism touches everything and everyone in our society regardless of social stature.”

Hostin said, “No one is immune” to systemic racism and the alleged comments by a high-powered ABC executive are the latest evidence.

“It’s the type if racism that black people deal with every single day,” Hostin said. “It has to stop and I look forward to the results of what I hear is going to be an independent, external investigation and I felt very loved and supported by my colleague.”

"There are deeply disturbing allegations in this story that we need to investigate, and we have placed Barbara Fedida on administrative leave while we conduct a thorough and complete investigation. These allegations do not represent the values and culture of ABC News, where we strive to make everyone feel respected in a thriving, diverse and inclusive workplace," Goldberg read, which echoed the ABC News statement given to Fox News on Saturday.

Goldberg then read Fedida’s statement, which said: “I am proud of my decades of work of hiring, supporting, and promoting talented journalists of color. And, unlike these heartbreaking and incredibly misleading claims about me, that track record is well-documented and undeniable."

Hostin went on to say that she spoke to co-host Meghan McCain for over an hour after Ali’s story came out, and Joy Behar, Goldberg and producers also reached out.

“I thank you all for that, but again, this has got to stop, and I just look forward to changes,” Hostin said.

Behar then said she’s “very sorry” to see her colleague hurt by the reported comments.

“I think it’s great that ABC is doing an intensive investigation, this type of thing has to be rooted out and we’ll see what happens,” Behar said.

McCain added that the show has “zero tolerance” for racism and discrimination.

“I am disgusted by these allegations."

“I am disgusted by these allegations,” McCain said. “When you attack one of us, you’re attacking all of us and I stand and support Sunny throughout all of this.”

Goldberg then offered her thoughts on the situation, noting that she knows Fedida.

“I don’t think she’s a racist, everything I know about her doesn’t say that she has this in her, but I will say one of the things everyone should always make sure we say, and I say it all the time, is let’s find out,” Goldberg said. “If it’s true, she’s gone but if it’s not, let’s find out what’s going on.”

"The View" on Monday addressed the controversy that rocked ABC News over the weekend, resulting in the administrative leave of its top executive Barbara Fedida.

Ali wrote that he had spoken with "34 sources over the course of six months" comprised of current and former ABC News staff.

In 2018, during a contentious meeting about renewing  “Good Morning America” anchor Robin Roberts's contract, Fedida reportedly "asked what more Roberts could want and said it wasn’t as if the network was asking Roberts to 'pick cotton.'"

Fedida began working at ABC News back in 1989 as a staffer for anchor Peter Jennings and had risen in the ranks among executives. After leaving the Disney-owned network in 2005 for an executive position at CBS News, Fedida returned to ABC News in 2011.

According to Ali, "dozens" of HR complaints were made against Fedida over the years and her conduct "has led to millions in confidential settlements including at least one settlement involving allegations of racial discrimination."