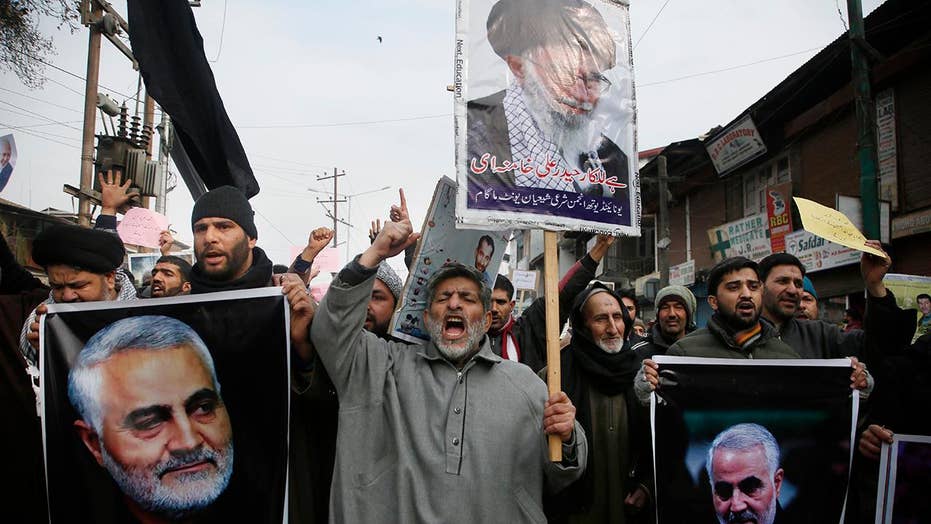 Sen. Rand Paul: This is a messy mission without a declaration of war

Sen. Rand Paul, R-Ky., called into "Your World with Neil Cavuto" Friday to discuss the deadly airstrike that killed Iranian general Qassem Soleimani in Iraq, saying he fears an "escalation" between the U.S. and Iran.

"I think without a declaration of war, without Congress and the American people behind it, what you get is a messy mission. You get a mission of escalating intermittent violence," Paul told Cavuto. "The president said he didn't want perpetual war in the Middle East. But he's adding more and more troops. If you don't want perpetual war, you don't keep sending more targets over there."

Paul believes it is more likely that "Iran, their militias and their proxies will attack the U.S." following the death of Soleimani.

President Trump accused the Iranian general of planning “imminent and sinister attacks” Friday in his first televised remarks since the airstrike that killed the general at Baghdad's international airport.

Paul argued that that the airstrike signals the "death of diplomacy" with Iran and that they will feel the need to retaliate.

"It's hard to imagine that the Iranians are going to shrink now and say, 'Oh, you killed our leading general, who's been a leader in our country for 20 years, and we're going to do nothing,'" Paul said. "I also think with the death of Soleimani, you have the death of diplomacy. I don't think there's any chance that Iran will speak to us again on diplomacy."

Cavuto asked Paul what his "biggest fear" was about the situation.

"I do fear that the Iranians are going to escalate this," Paul said. "I do not see any avenue or any way that talks could begin again. And I have been one in favor of talks. But I think, unfortunately, diplomacy is dead now in the Middle East with Iran."