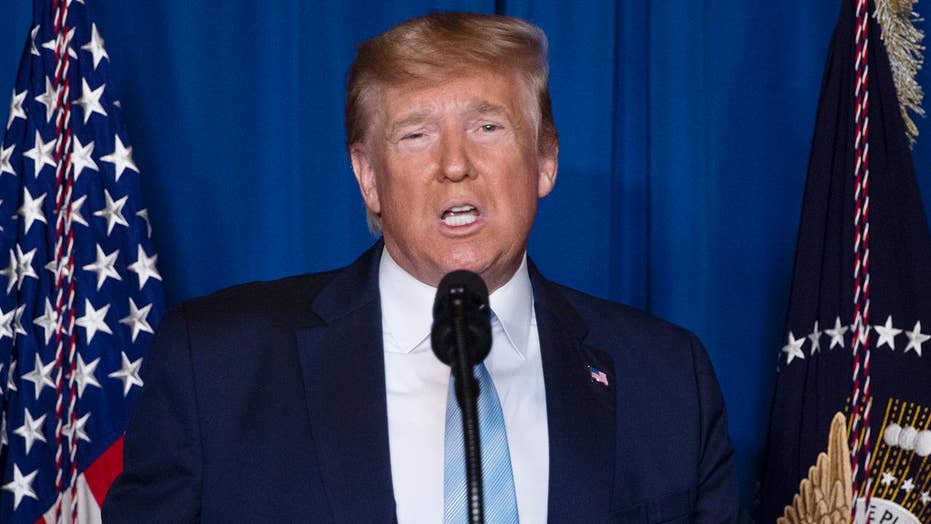 Trump to terrorists: We will find you, we will eliminate you

Without divulging details about what led to the early morning airstrike that killed Soleimani and nine others, the president said the United States "caught" the general "in the act and terminated him.”

“Soleimani made the death of innocent people his sick passion,” Trump added, saying that "what the U.S. did yesterday should have been done long ago." 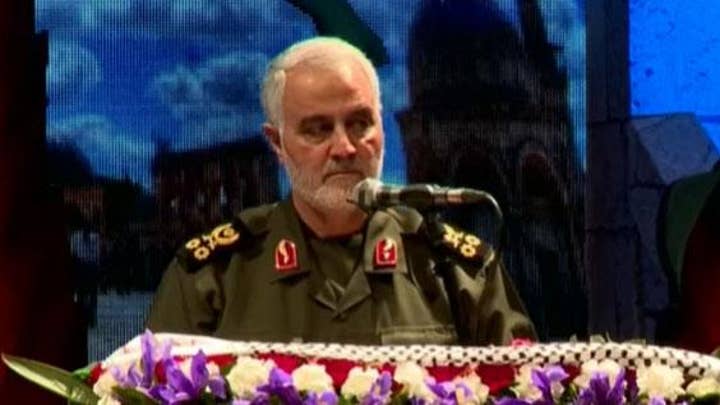 Later Friday night, during an event with evangelical supporters, Trump addressed the airstrike, saying, "Qassem Soleimani has been killed and his bloody rampage is now forever gone.”

The killing of Soleimani, the head of Iran's elite Quds Force, marks a major escalation in the standoff between Washington and Tehran, which has careened from one crisis to another since Trump withdrew from the 2015 nuclear deal and imposed crippling sanctions.

Senior State Department officials described the killing as a defensive strike supported by solid intelligence and claimed Soleimani was planning imminent attacks against United States interests and personnel in the region.

The officials said the attacks were being planned in Iraq, Syria and Lebanon, and targeted U.S. diplomats, military personnel and facilities that house Americans. They claimed hundreds of Americans could have been killed.

The officials disputed the characterization of Soleimani's death as an assassination – which is against U.S. law – instead describing it as an action taken in self-defense.

Khamenei, who also called Soleimani the "international face of resistance, declared three days of public mourning and appointed Maj. Gen. Esmail Qaani, Soleimani's deputy, to replace him as head of the Quds Force.

Senior State Department officials described Soleimani Friday as the Iran regime's "indispensable man" and claimed his death would make it very hard for Tehran to operate as before.

"Everyone in his little foreign legion is now scurrying for cover," said one official who noted that Soleimani and the late Al Qaeda leader Usama bin Laden are the only two terror leaders who have tried to formulate detailed plans for a mass casualty attack on U.S. soil.

The operation has also touched off a fresh partisan clash on Capitol Hill — with Republicans cheering the death of the brutal military commander as long overdue, and Democrats voicing concerns that they weren’t consulted and that it could drag the U.S. into a new Middle East conflict.

“Qassem Soleimani masterminded Iran’s reign of terror for decades, including the deaths of hundreds of Americans,” he said. “Tonight, he got what he richly deserved, and all those American soldiers who died by his hand also got what they deserved: justice. America is safer now after Soleimani’s demise.”

Democrats, meanwhile, described the killing as a dangerous escalation, with Sen. Tim Kaine, D-Va., grouping it with the Iran deal pullout as a brazen decision that makes the region less stable.

The United States said Friday it was sending nearly 3,000 more Army troops to the Middle East and urged American citizens to leave Iraq "immediately." The State Department said the embassy in Baghdad, which was attacked by Iran-backed militiamen and their supporters earlier this week, is closed and all consular services have been suspended.

Fox News' Nick Kalman and Adam Shaw and The Associated Press contributed to this report.