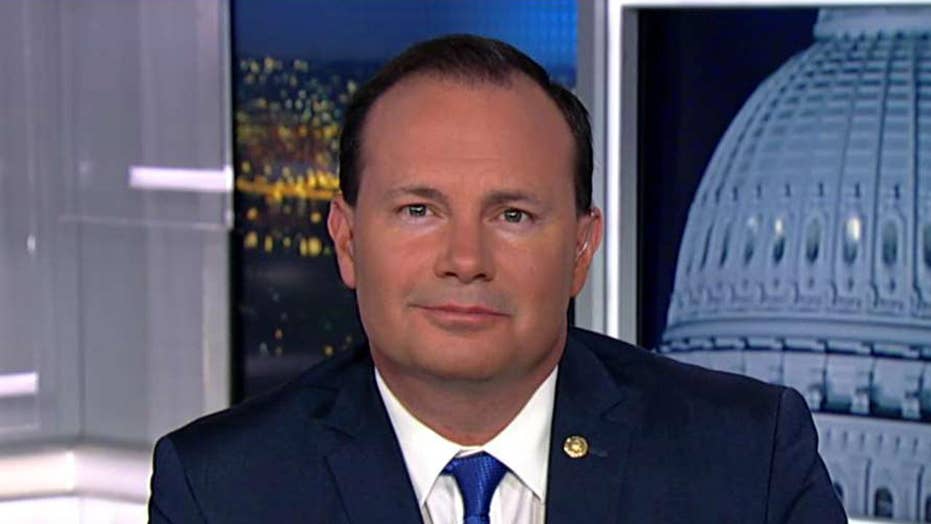 Legal scholars made their case for and against impeaching President Trump earlier Wednesday during the House Judiciary Committee hearing, with Democrats and their three witnesses reviving concerns raised during the Russia probe, and Republicans and their sole witness arguing that the impeachment of Trump is “predetermined,” “woefully inadequate,” and “dangerous."

"Look, all the president did here was ask the Ukrainian government to investigate a foreign company, a Ukrainian energy company called Burisma, one that the Obama administration had been arguing for years, needed to be investigated," Lee said. "That's somehow was wrong? That somehow subjects him to impeachment? I think not, but I think they're delusional and suggesting otherwise."

Lee commented on a lunch meeting he attended Wednesday with fellow GOP senators and White House counsel Pat Cipollone, saying it was off the record but that Cipollone was "ready to go" for a likely Senate trial.

"If if they were to move forward tomorrow, he'd be ready to go to trial tomorrow and he'd win," Lee told Bream.

The Utah senator called the impeachment inquiry "unprecedented," adding that the Democrats case is "weak."

"They know their case is weak," Lee said. "So they try to cover it up by denying the president procedural rights that compounds the problem."