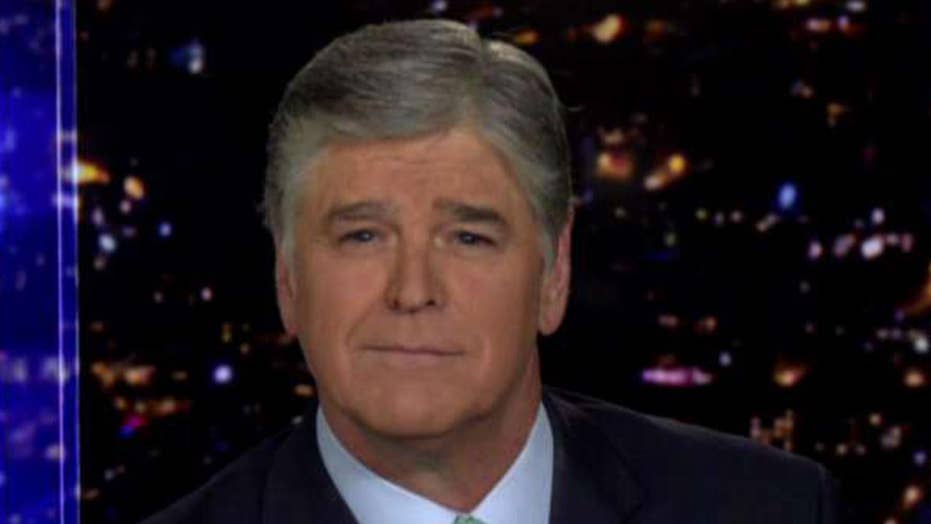 Make the Democrats show you why they impeached President Trump. It's not your job to redo their corrupt investigation.

"Let me address all of you in the U.S. Senate tonight, all of you Republican senators," Hannity said Thursday on his program. "You do not and should not ever lend any credibility to this despicable corrupt [Rep. Adam] Schiff show. Do not do it. All you are doing is hurting the American people in the process," he added.

House Speaker Nancy Pelosi, D-Calif., is facing rising pressure to transmit the articles of impeachment against Trump to the Senate, as members of her own party signal they are losing patience with her delay tactics.

As the country gears up for the next step in the impeachment process, Hannity cautioned GOP senators against getting caught up in the investigation of the president, urging them to sit back and "let the Democrats present their case."

"Make them show you why they impeached Donald J. Trump," the host continued. "It is not your job, Republican senators, or your constitutional role to redo their sick, twisted corrupt investigation with no due process."

"It is not your job to fix their screw up," Hannity went on. "You Republican senators are weak and timid, if you give credibility to this repulsive, corrupt political stunt, you are as guilty as Schiff, [Rep. Jerrold] Nadler and speaker in name only Pelosi."

"They impeached, let them show you why. When they fail spectacularly... this will end the madness. In other words, Republican senators, stand up for the United States Constitution. That is your job."