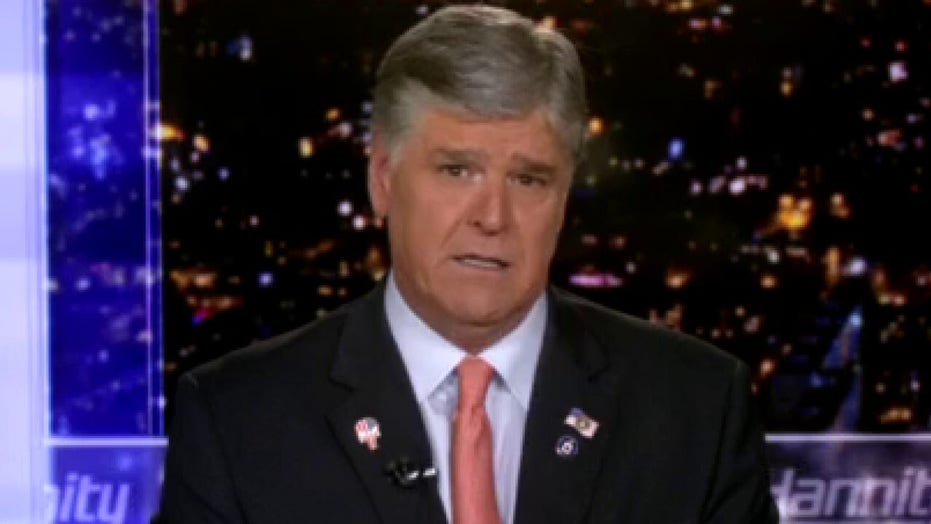 Hannity: Will our leaders seek justice for victims of mob violence?

While leaders on both sides of the aisle rightfully demand justice for George Floyd, will they also seek justice for those killed and severely injured in the violent riots that we're witnessing right now?

Sean Hannity wondered aloud Wednesday whether those fighting for justice for George Floyd will also seek justice on behalf of the law enforcement officers killed and injured during the recent days of looting and rioting.

"Everybody that sees this [Floyd] video [is] pretty much in agreement, with maybe the exception of a few keyboard warriors in their underwear, in their basements, talking to themselves," Hannity said. "But for the most part, there is unanimous agreement on this, that ... what we all watched with our own eyes can happen in this country. People rightfully demand justice for George Floyd."

"A lot of other people now have been severely injured, some killed, in these violent riots... are they going to demand, for example, justice?" Hannity asked. "Look at [former] St. Louis police captain David Dorn ... who was shot and killed by looters. What about the four other St. Louis police officers who were shot during violent protests? Will they demand justice for the Vegas officer in critical condition [who was] shot in the back of the head by a rioter?"

Hannity then shifted his gaze to the chaos in New York City and the efforts of the New York Police Department.

"This is unacceptable. Look at New York City. Anarchy has been particularly bad and out of control," Hannity said. "One NYPD officer was mowed down by a rioter in a car. Another officer beaten by an angry mob. So far, over 30 members of the NYPD have been injured by rioters."

Hannity criticized New York City Mayor Bill de Blasio, who he described as one of the "dumbest politicians" in the world and criticized New York Gov. Andrew Cuomo for enacting bail reform legislation that has allowed some rioters to be freed from prison.

"Thanks to New York's absolutly insane bail reform ... as soon as you you get arrested, no bail whatsoever," hannity said. "So police then, they are forced to now deal with the same criminals night after night after night."