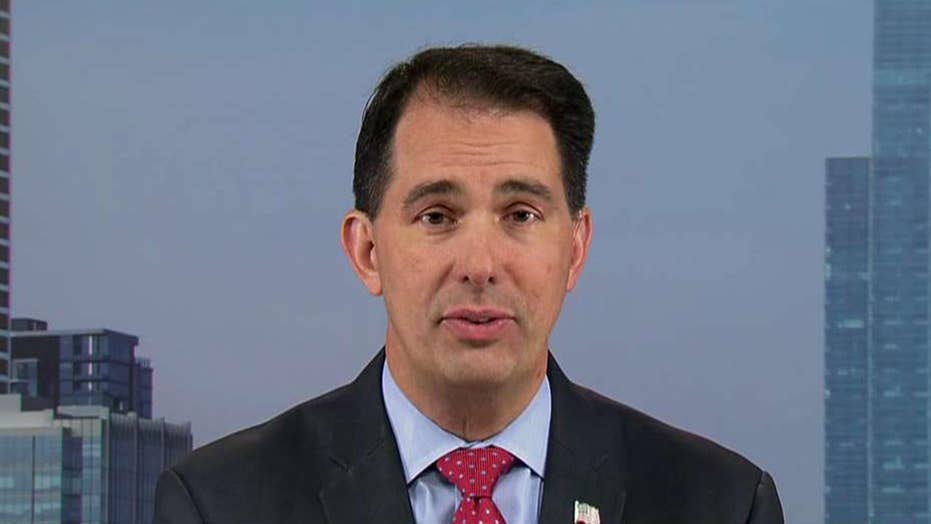 Former Republican Wisconsin Gov. Scott Walker says he thinks the GOP tax cuts continue to be good, but more can be done.

Former governor of Wisconsin Scott Walker called for additional tax cuts to spur economic growth, saying the recently implemented cuts “continue to be good but you can do more.”

Speaking on “Your World” on Thursday, Walker, a Republican, said states should be looking at lower taxes.

“It’s simple," he said — "put more money into people’s hands, they’re going to put it back in the economy.”

“I think the tax cuts that this president and the Republican Congress passed a few years ago and the president signed continue to be good but you can do more,” he added.

“In Wisconsin we cut taxes by more than eight billion dollars, reducing the burden on the hard working people in the state and small business owners and farmers and others and we saw, last year, more people working in the state than ever before.”

Walker is national honorary chairman of Wisconsin-based group The Institute for Reforming Government, which authored a new report that highlights lessons learned from states that successfully lowered taxes.

The report, released on Wednesday, offers four recommendations for state governments that, if implemented, will deliver a "higher economic growth and job creation that benefits working families," according to the institute.

One recommendation is enacting more taxpayer controls, which would put more decision-making directly into the hands of taxpayers to approve spending or other policy changes, before lawmakers are able to increase taxes.

Another is making tax laws simpler, which would give taxpayers more of an opportunity to save money. The third recommendation is reducing tax rates on personal and business income. The fourth is broadening the tax base, which the institute said would level the playing field among businesses and job creators while facilitating the collection of tax revenue.

“You want to make sure not just in the short term but over the long haul you put the taxpayers in charge,” Walker said on Thursday.

The former governor said taxpayers should be the ones that, not only see the benefits of the tax relief, but also put in place "real reforms." Walker used Wisconsin as an example.

“We poured more money into [Wisconsin] schools, made historic investments to schools, at the same time we put tax limits on the levy so that not only local schools and local governments benefitted from the state’s investment, it actually drove down property taxes,” Walker said.

“Eight years after I took office, property taxes were actually lower than they were before we started.”

He added, “That really encourages people to make those investments, not only as consumers, but for a lot of small business owners and family farmers. It encourages them to make investments [sic] and raise wages, which is good for the economy.”