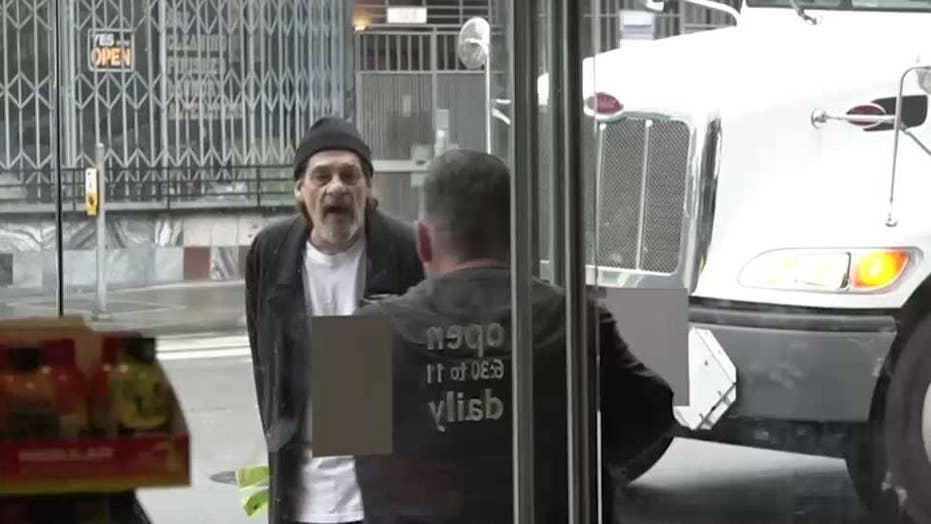 Editor's note: This report is a summary of Part 2 of a 'Tucker Carlson Tonight' investigation -- the full segment is available above.

Gilles DeSaulnier says running his San Francisco grocery store has become "very, very difficult" thanks to rampant shoplifting and lawlessness in the city.

“You often see people walk in with bags into these stores and just shovel stuff in there and walk out,” DeSaulnier said in an exclusive interview with "Tucker Carlson Tonight." "It happens every few minutes, literally in our store."

DeSaulnier says the uptick in shoplifting began in 2014 after California voters passed a ballot referendum called Proposition 47 that downgraded theft of items worth up to $950 to a misdemeanor from a felony.

“What's happened is [it's] embolden[ed] people to actually do it [shoplift] more often because there is no consequence,” he said. “We've been here 16 years now. I think most of this has happened in the last five, six years."

The proprietor says he deals with many of the same people over and over: "They just keep coming back because nothing is going to happen."

DeSaulnier also described one instance where a shoplifter got violent.

“One woman, one time was stealing about a hundred dollars’ worth of meat and we stopped her at the door, brought her back in, tried to get it out of a bag, and she reached in [the bag] and grabbed pepper spray and she sprayed the cashier in the face with it.”

Such attacks happen routinely at DeSaulnier's Urban Harvest Market in San Francisco’s SoMa neighborhood, just blocks from City Hall. He says he’s been attacked by homeless people twice in the past four months.

“I put my arm up for [one woman] to show her the way out. And she grabbed it and bit me with her teeth really hard and dropped her weight on the ground and brought me down with it until I was able to free myself,” he said.

A second assailant gloated that he wouldn’t face consequences for the attack.

“He told me ‘Why are you calling the police? Because they're not going to do anything.’”

DeSaulnier also says low-income tenants who live above the store routinely flood his space when they overdose on drugs and leave their bathtubs running, an occurrence he says happens "every few months, pretty much."

When asked why he remains in San Francisco, DeSaulnier replied: "You make investments in businesses and your homes and you buy property and you can't just pick up and leave.”