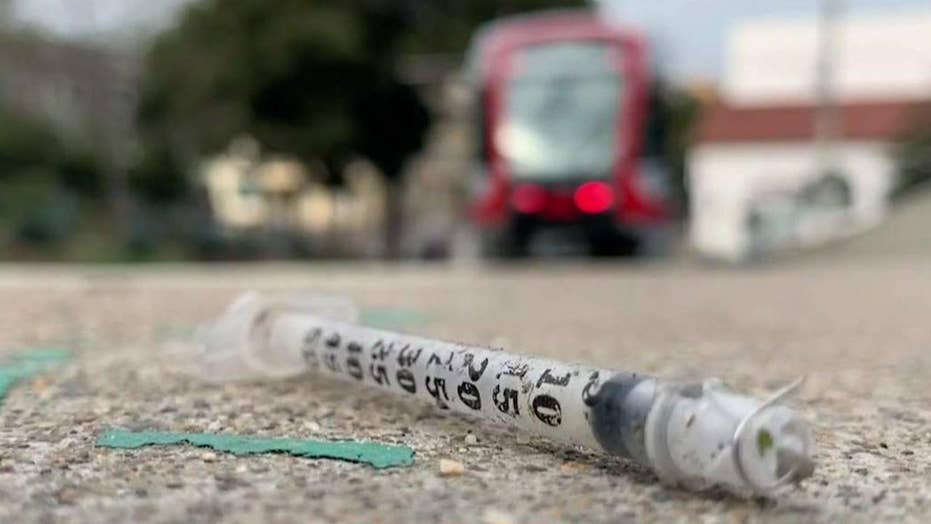 'Tucker Carlson Tonight' takes a close look at what the country's leadership class has done to one of America's greatest cities: San Francisco.

Editor's note: This report is a summary of a 'Tucker Carlson Tonight' investigation -- the full segment is available above.

San Francisco police Lt. Tracy McCray says the city’s left-wing prosecutors are to blame for rising crime and disorder in the city.

"They make the decision whether [criminal cases] will get charged or not and most of the time, it’s like 'Nope, not charged. Nope, not charged,'" McCray said during an exclusive interview with "Tucker Carlson Tonight."

According to the FBI, San Francisco has the highest per-capita rate of property crimes among America's 20 most populous cities. Violent crime on the city's mass transit system has more than doubled between 2014 and 2018. According to a tracker published by the San Francisco Chronicle, an average of 66 “smash-and-grab” car thefts were reported each day in December. Many more go unreported.

“Our car windows got busted," McCray said. "I didn’t bother making a report."

"Just ask anybody. You know it. We feel it. Crime is really out of control," says City Journal contributor Erica Sandberg, who lives in San Francisco and has reported extensively on the city’s deteriorating street conditions. "Whether it's property crime or even violent crime, it's scary."

When asked what would happen to criminals who “expose themselves in a public park” or “smoke crack on a sidewalk,” McCray said violators would be issued a citation at most, and added that prosecutors have created a revolving door for drug dealers by refusing to prosecute them after police arrest them.

“We make these arrests and we get the evidence," she said. "We get a solid report. We hand it off. I could come back from my days off and they're back out on the street."

In San Francisco’s Tenderloin neighborhood, "Tucker Carlson Tonight" producers filmed drug dealers operating in broad daylight. In the South of Market (SoMa) neighborhood, where many apartments rent for nearly $4,000 a month, the sidewalks were lined with used syringes.

FROM HOUSEBOATS TO BOULDERS: THE UNCONVENTIONAL METHODS USED TO TACKLE HOMELESSNESS IN 2019

The city distributes many of those needles for free as part of an effort to prevent the proliferation of disease among the thousands of drug addicts who live there.

“Nobody wants to have somebody get HIV or Hep [Hepatitis] C,” said Sandberg. “But the unintended consequence is insanity, which is what that is."

California’s Proposition 47, which voters approved in 2014, downgraded many drug and property crimes from felony to misdemeanor offenses, including theft up to $950. Last November, San Francisco voters elected Chesa Boudin to be the city’s new prosecutor after he campaigned on ending cash bail and using the office to further decriminalize quality of life crimes. Boudin will formally take office later this week.

McCray is a member of the San Francisco Police Officer’s Association, which opposed Boudin’s candidacy. The lieutenant says the crime is spreading into the city's popular tourist destinations and wealthier neighborhoods.

"Even in what we would consider our nicer areas, going down to the marina, the North Beach area, just walking through is like a minefield because you never know what's coming around the corner,” she said.

The city prosecutor’s office did not respond for comment.