Kinzinger on Trump's role in Jan. 6

Rep. Adam Kinzinger, R-Ill., describes how he sees former President Donald Trump's role in the Capitol riot and if it looks criminal to him on 'Your World.'

Rep. Adam Kinzinger, R-Ill., claimed that the threat of an upheaval like the Jan. 6 Capitol riot "isn't over" Tuesday on "Your World."

REP. ADAM KINZINGER: This investigation's still ongoing. So even after these hearings, we're continuing until the report. It's a decision the committee will make on that. I look at this and say there appears to be a multipronged plan that the president tried to, in essence, have a soft coup to overcome the election. So as [I'm] not a lawyer, it's a little different. To me, it looks criminal, but I'll leave the criminal charges to the Department of Justice. They're the experts at what that is. But the American people need to know what happened. And by the way, if this is a Democratic administration in the future, anybody supportive of what happened would be outraged. We as Americans just have to hold firm to the rule of law and truth.

When I started this and when the committee started this, the point is to put out the facts. And I look at this exercise more as what is this going to say for the history books? How can this fix the country going forward? Because, Neil, this threat isn't over. It's still continuing. Nothing has changed. So that's what I really look for in terms of the impact is the future of this country and democracy. 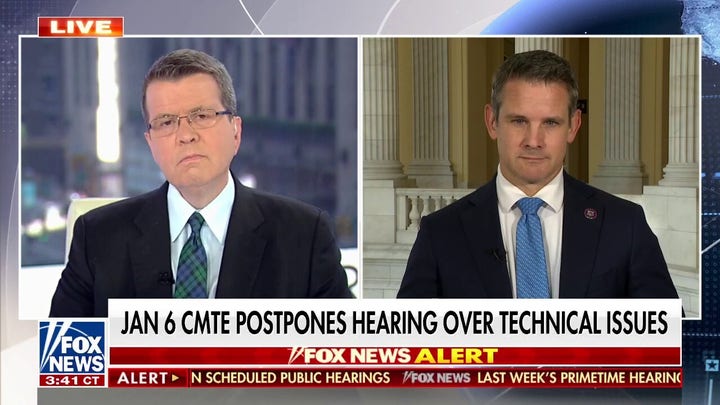