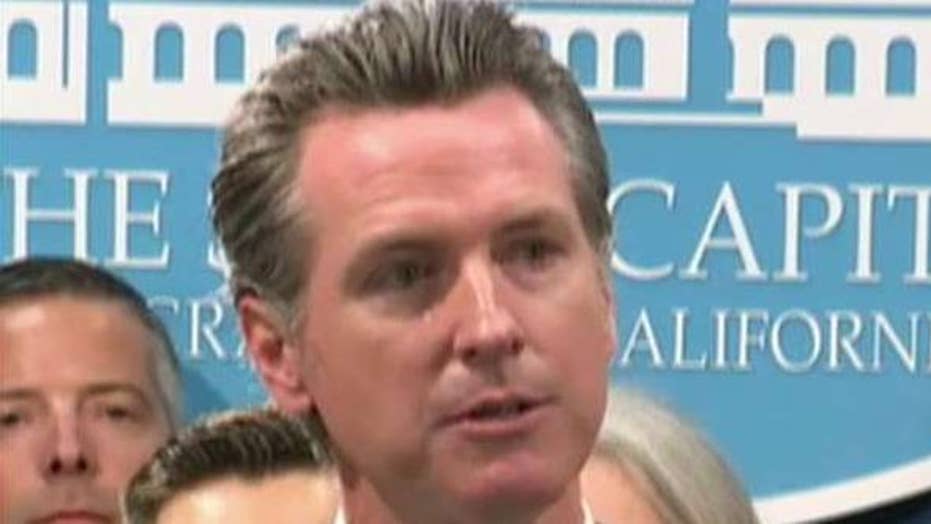 Elizabeth Novak’s salon was vandalized by the homeless forcing her to close up shop and move locations.

A California business owner said she was relieved to see President Trump issuing a warning to Gov. Gavin Newsom on Wednesday, threatening federal intervention if Newsom is unable to solve his state's homeless crisis.

“While Gavin is, you know, spending his time like I said before in trolling Donald Trump and not really doing his job, our president is going through a highly illegal impeachment process and he's listening to us more than our own governor and, I say, bravo, President Trump,” Elizabeth Novak told “Fox & Friends” on Sunday.

"Governor Gavin N has done a really bad job on taking care of the homeless population in California. If he can’t fix the problem, the Federal Govt. will get involved!" Trump tweeted on Christmas Day.

The Golden State has led the nation in the number of homeless people with an estimated total of over 129,972 in January 2018, according to a Department of Housing and Urban Development [HUD] report. Just over 68 percent of the homeless population in California, the most populous U.S. state, is also categorized as unsheltered.

Novak packed up her salon and moved out of Sacramento due to the mounting problems from homelessness in the California capital.

She said her shop was vandalized and had experienced human defecation and urine excreted around the area, deterring her clients from coming in for service.

“There were three break-ins, but there have been a lot more before that and syringes; people in tents on my front courtyard and I’m not allowed to ask them to move --I didn’t feel safe, in general there,” Novak said.

Novak also said that she was robbed in broad daylight.