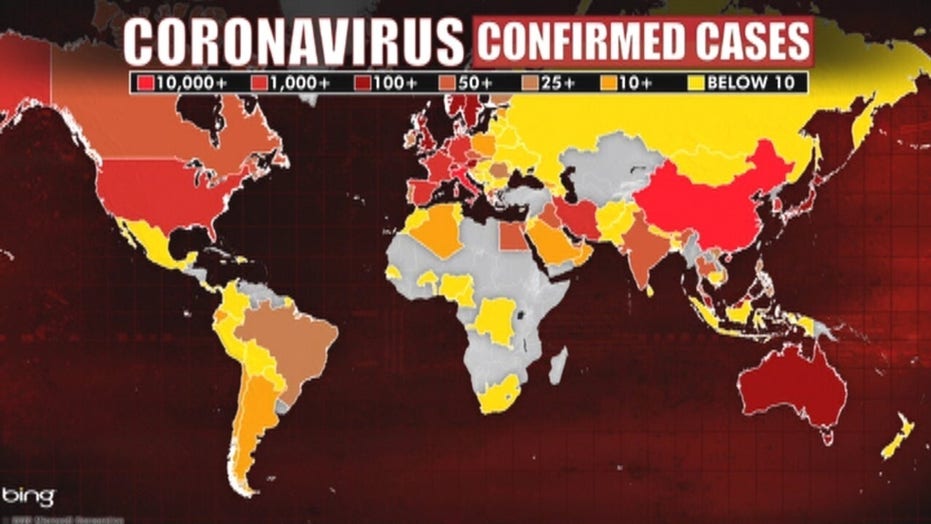 Details on symptoms, treatment and prevention on the COVID-19 outbreak can be found on www.coronavirusnow.com.

McCaskill had told "Morning Joe" that Johnson was an "embarrassing tool" for using his position as chairman of the Senate Homeland Security Committee to pursue a subpoena of Hunter Biden, the son of former Vice President Joe Biden.

"Is he going to tell people why they can’t get the [coronavirus] test? No. Even though it's not in his committee’s jurisdiction — the Judiciary Committee is not issuing subpoenas on Hunter Biden," she said.

"The Foreign Affairs Committee is not issuing subpoenas on Hunter Biden. No! This joke, Ron Johnson, is actually politicizing a committee that right now should have one focus: what is going on with the United States of America ['s] federal response to the coronavirus? People should be really angry about this."

McCaskill's comments came after Johnson indicated that he would force a vote on subpoenaing Hunter Biden in relation to the senator's investigation into Burisma Holdings, the Ukrainian natural gas company at the center of corruption suspicions surrounding the Bidens.

Johnson said Wednesday that he could "walk and chew gum at the same time" and outlined various efforts he was taking to keep up with the pandemic.

"We've held a round table in my committee with former FDA Commissioner [Scott] Gottlieb, we held a hearing last week with officials from DHS and HHS. I actually can walk and chew gum at the same time," he said.

"So no, I think you can tell from my earlier answer, I'm fully briefed because this administration has been incredibly accessible in terms of coronavirus. So most of my time and effort has been about border issues, coronavirus, cybersecurity. This is an ongoing investigation, we have a couple of staff investigators pressing this and now is the time to issue a subpoena. It doesn't take much from my time.”

McCaskill appeared to claim victory Wednesday afternoon, crediting herself with Johnson’s decision to delay a vote on the Hunter Biden subpoena.