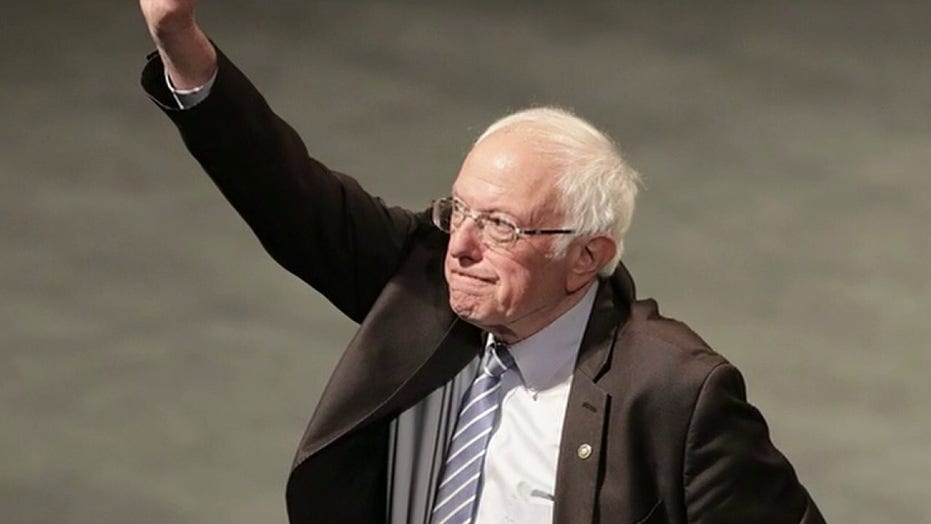 Bernie not dropping out despite big losses to Biden

Sen. Bernie Sanders to press on with his campaign despite primary losses to former Vice President Joe Biden.

CNN had a rough start to its election coverage on Tuesday night after accidentally displaying Sen. Bernie Sanders, I-Vt., as the winner of the Mississippi primary.

While former Vice President Joe Biden had another strong night overtaking Sanders in the delegate count, CNN may have given a bit of false hope to Sanders supporters with a graphic declaring that the democratic socialist had the first win on what has been called "Super Tuesday 2.0."

"And we have our first projection of the night," anchor Wolf Blitzer told viewers before turning to the board, showing a giant picture of Sanders with text that read "Bernie Sanders wins the Mississippi primary.

"Bernie Sanders ... not happening right now," Blitzer said confusedly as the graphic on the board went black.

He quickly corrected, "Joe Biden, Joe Biden now is the winner of the Mississippi primary."

A graphic featuring Biden's victory in Mississippi then briefly appeared before going to black again.

Regardless, the error sparked lots of confusion and mockery on social media.

"CNN just accidentally showed a graphic that said Bernie won Mississippi and I went through quite the series of confused emotions during that 2 seconds," Mashable reporter Matt Binder tweeted.