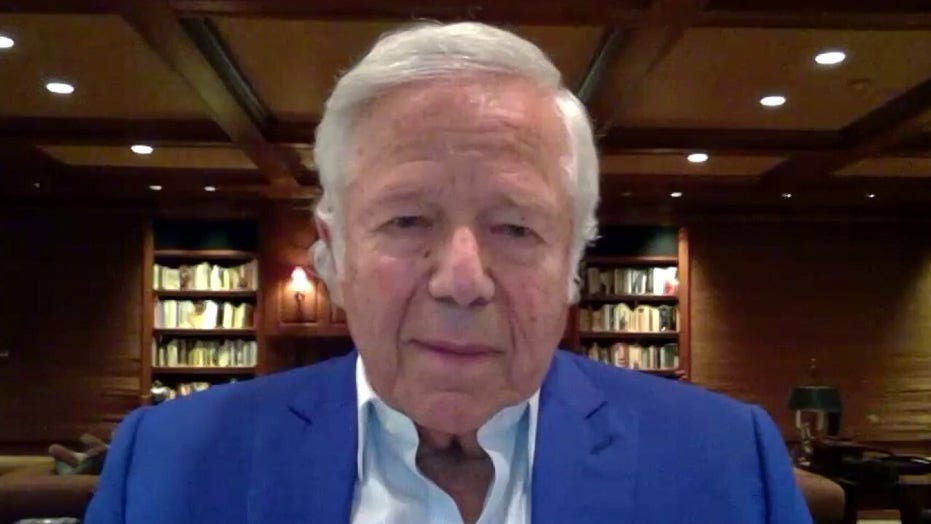 New England Patriots owner Robert Kraft told "Hannity" Tuesday that the NFL is working "hand in hand" with the NFL Players Association to play the 2020 season as scheduled despite the coronavirus pandemic.

"Well, we very much, we're preparing to hopefully play football this fall," Kraft told host Sean Hannity. "We're working hand-in-hand with our union, we believe we've developed protocols that allow us to do it in a safe way, looking out first, you know, for our players and our personnel and then, of course, the fans.

"I believe we can do it," added Kraft.

BILL BELICHICK COMFORTABLE WITH PATRIOTS’ QUARTERBACK SITUATION: ‘WE FEEL LIKE WE HAVE FOUR GOOD PLAYERS’

Earlier Tuesday, Miami Dolphins team owner Stephen Ross told CNBC that he believes "there definitely will be a football season this year" and added that "right now, today, we're planning to have fans in the stadium."

Kraft, one of the most powerful and successful owners in league history, also discussed auctioning off his prized Super Bowl LI ring last week to benefit the All-In Challenge to provide food to those in need during the pandemic. The ring sold for $1.025 million.

"I thought about our fifth Super Bowl, when we were down 28-3 with two minutes to go in the third period and had a 0.4 [percent] chance of winning the game, 99.6 [percent chance] to lose, and we came back. And it was a great victory," Kraft told host Sean Hannity. "In some ways. I feel the mood of our country is a little down now and we're still the greatest country in the world. We're going to come back."

Hannity also asked the Patriots owner about quarterback Tom Brady's decision in March to sign with the Tampa Bay Buccanneers as a free agent after 20 seasons in New England.

"I'm privileged to have the greatest quarterback in the history of the league in the first hundred years and the greatest coach," Kraft said. "So it's a great joy to have this partnership for 20 years."