Sen. Rick Scott, R-Fla., discusses the administration's push for electric vehicles as more than 60% of Americans are living paycheck-to-paycheck.

Florida Sen. Rick Scott sounded off on Transportation Secretary Pete Buttigieg for saying he is "astonished" that there isn't a greater transition to electric vehicles. On "America Reports" Wednesday, Scott explained that average Americans who are already struggling with inflation and high gas prices can't afford electric vehicles.

SEN. RICK SCOTT PREDICTS ‘BLOODBATH’ FOR DEMS IN MIDTERMS, SAYS ISSUES LIKE INFLATION WILL BE FOCUS, NOT TRUMP

SEN. RICK SCOTT: The median income in this country – half of people make more, half of people make less – is $33,000. How can all those people go out and buy electric cars? Now, up here, if you're a U.S. senator and I bet it's probably true for Buttigieg, the federal government pays for your electricity. So not only can you not afford the car, but up here they'll pay for it. And then up here, you'll get your electricity paid for. These people up here are completely out of touch with what normal people are going through. They're struggling over gas prices. Can you put gas in the car, put food on the table? And buying an electric vehicle is not in the house of cards. They can't afford it. 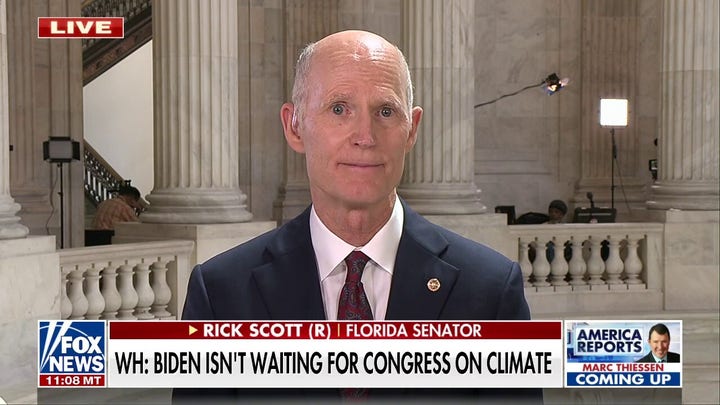