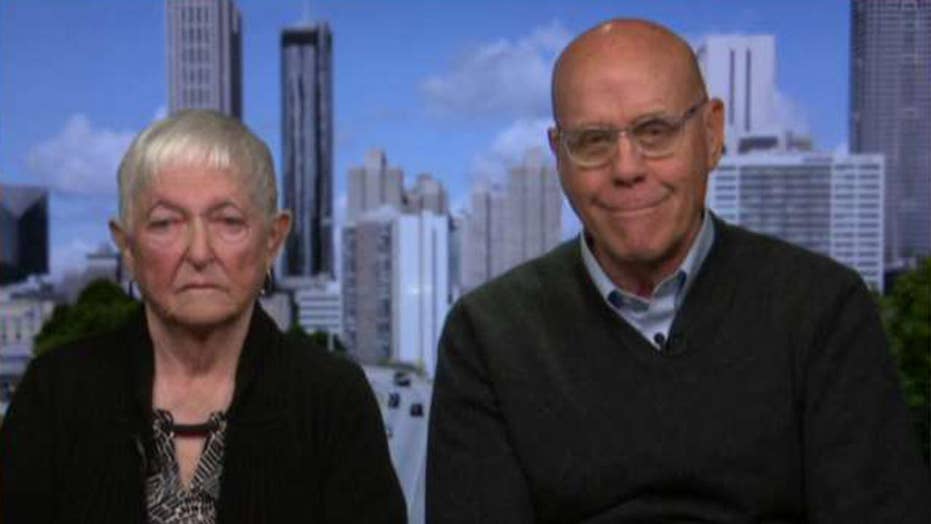 Richard Jewell's mother Bobi and his attorney Watson Bryant react to the true story of the 1996 Olympic bombing being told on the big screen.

Nearly 25 years after she lived through "88 days of hell," Bobi Jewell's emotions seem just as raw as they were when her son, Richard Jewell, was first identified as the main suspect behind a terrorist attack on the 1996 Atlanta Olympics.

Actress Kathy Bates earned a Golden Globes best-supporting actress nomination for her depiction of Bobi Jewell in the Clint Eastwood movie, "Richard Jewell."  According to Bobi, who is now 83 years old, the movie is "200 percent accurate."

After nearly three months in 1996, Richard Jewell, who worked as a nighttime security guard at Atlanta's Centennial Olympic Park, was cleared by the FBI.

Eventually, domestic terrorist Eric Rudolph was identified by the FBI as the attacker. Jewell was ultimately recognized as a hero, whose diligent work uncovered a bag of pipe bombs hidden under a park bench, saving potentially hundreds of lives.

"Mom," said Richard turning to Bobi, his voice cracking with emotion. "Thanks for standing by me and believing in me. I love you."

"I believed that he was innocent from the first time that he came home and I asked him and he said, 'No ma'am. I did not do this Mom.'" Bobi Jewell told "Fox and Friends" co-hosts Steve Doocy and Ainsley Earhardt on Monday. Richard Jewell died in 2007 at age 44 from heart failure.

Fox Nation's "Hero for a Moment" also detailed how the FBI settled on Jewell as their primary suspect and what happened when an Atlanta Journal-Constitution reporter broke the story.

"Jewell becomes a suspect in the case not because the FBI had any evidence, but because behavioral science experts at the FBI looked into his background and they determined that he seemed to fit the profile of the kind of person who would commit this crime," Fox News political and legal analyst Gregg Jarrett told Fox Nation.

"Kathy Scruggs was the one who broke the story about Richard Jewell," said Lyda Longa, who was a police reporter for the newspaper during the 1996 games. "She had very good contacts with the police department. She had been there a few years and she had contacts with the FBI. And I believe the name came to her through somebody from the FBI."

Joining Bobi Jewell on "Fox and Friends" was lawyer Watson Bryant, who represented Jewell throughout the ordeal and even after his name was cleared by the FBI.

According to Bryant, "somebody broke the law and leaked confidential information from the Department of Justice," and that set off a chain of events that would change the lives of the Jewells forever.

"The problem with it all was that it was so sensationalized," he said. "The media just sensationalized the living hell out of it and it resulted in the avalanche of negative publicity about him and basically screwed up their lives forever."

"So for 88 days we lived in hell, with the photographers out front, the newspapers out front.  My apartment was bugged," Bobi Jewell said on Fox and Friends. "It was just sheer hell for 88 days."

To watch all of  "Hero for a Moment: The Richard Jewell Story" go to Fox Nation and sign up today.