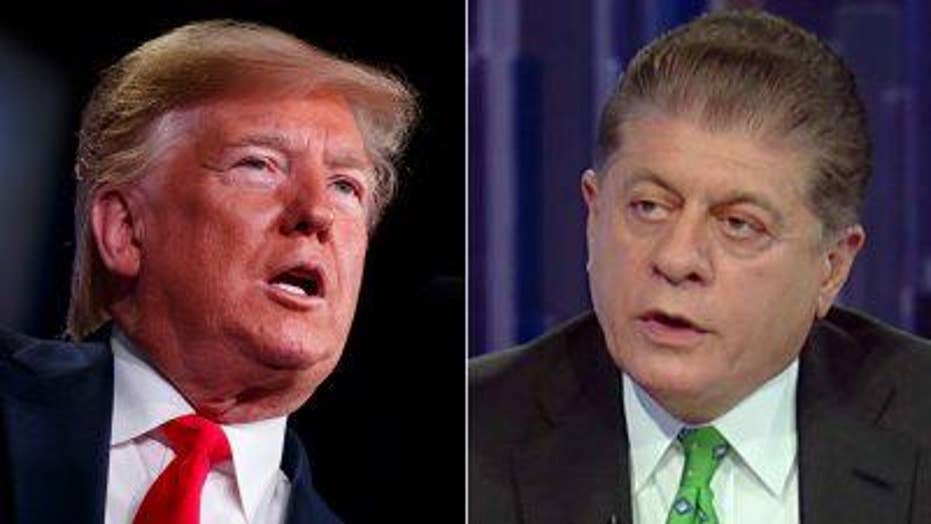 Despite an outcry by some in the GOP, Republicans have largely been given more ability to participate in House Democrats' impeachment inquiry into President Trump than the minority party has in the last two such proceedings, according to Judge Andrew Napolitano.

During impeachment proceedings against ex-Presidents Richard Nixon and Bill Clinton, data and initial testimony from witnesses was obtained in private and controlled largely by the majority party, Napolitano said Tuesday on "Your World."

"We saw it with [Rep.] Henry Hyde ,[R-Ill.], who was the chair of the House Judiciary Committee when the Republicans were pursuing Bill Clinton," he said.

"But, the system is basically the same ... The data, the evidence from the witnesses was acquired in secret by special prosecutors before grand juries. They already knew what the witnesses were going to say and then that was aired in public."

In response, Napolitano said current House Intelligence Committee Chairman Adam Schiff, D-Calif., solicited testimony "in secret," but claimed Republicans were offered more input than in the 1970s, noting that transcripts of the private hearings have been released.

"And, they actually had more participation than they had in the Nixon case, and more than the Republicans gave the Democrats in the Bill Clinton investigation," he said. "The real test will come [Wednesday] because the Democrats will have to make this case -- they have to cause people to come away from this testimony: 'Yeah, there's a "there" there'."

In an October opinion piece for FoxNews.com, Newt Gingrich --  the Speaker of the House during the Clinton impeachment proceedings -- said he modeled his caucus' proceedings after Rodino's work specifically.

"In 1973, Rodino set the gold standard for fairness," Gingrich wrote. "The rights of the minority were protected. The American people’s right to know what was going on was protected."