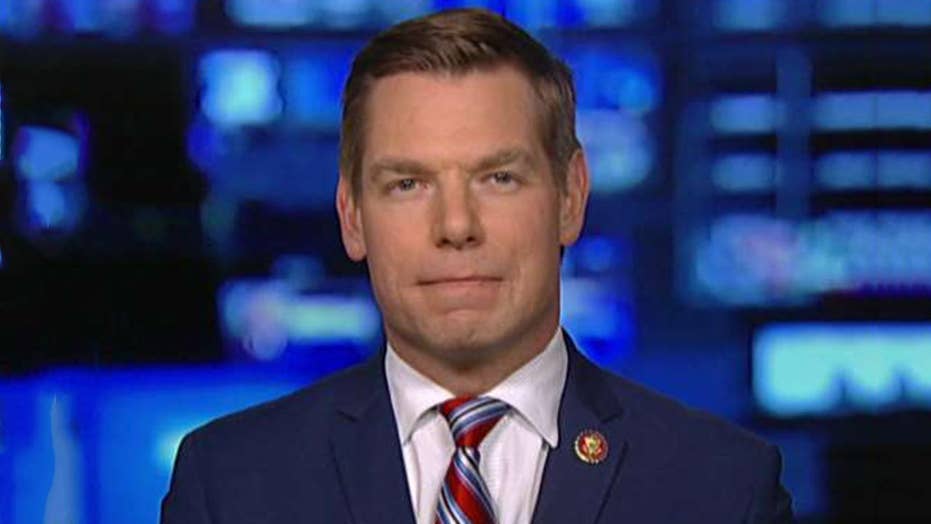 Swalwell: You're still held accountable for an attempt at wrongdoing

Rep. Eric Swalwell, D-Calif., appeared on "The Story with Martha MacCallum" Wednesday and laid out what he was trying to achieve during that day's public impeachment inquiry hearings.

"I wanted the American people to see that these [William Taylor and Gordon Kent] were two patriots who came before Congress, despite the president telling them not to, to share what they saw as far as wrongdoing," Swalwell said. "I thought Ambassador Taylor said it best, which was that the shakedown scheme by the president was just wrong, but that they don't have dogs in the fight. They're career public servants. They've served all over the world."

Kent and Taylor testified on the opening day of public impeachment inquiry hearings and delivered a stark account of President Trump's pursuit of political "investigations" in Ukraine, as well as Trump attorney Rudy Giuliani's alleged meddling in U.S. policy toward the Eastern European nation, while Republicans panned the entire process as a "low-rent Ukrainian sequel" to the Russia investigation and hit back at the claims as mere “hearsay.”

"If the president of the United States is innocent, he will send the firsthand witnesses, John Bolton and Mick Mulvaney, to Congress," Swalwell said. "If he's guilty, they'll stop us from hearing it, hard stop."

"What about executive privilege?" MacCallum asked. "Those people obviously work very closely with the president." 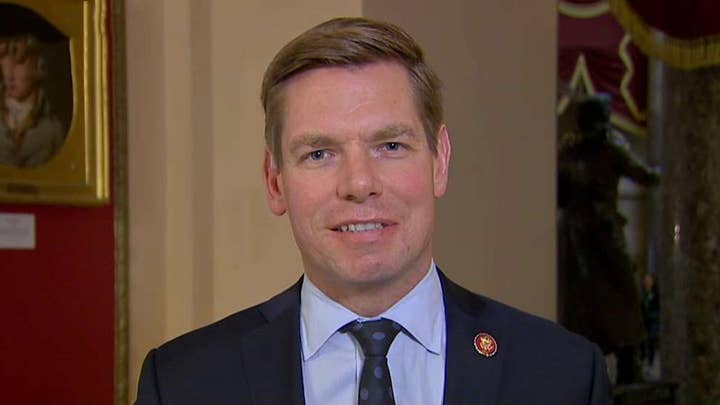 "I don't think we should chase the president's conspiracy theories, especially when Mr. Kent said Mr. Biden was only carrying out the foreign policy of the United States," Swalwell said.

MacCallum pressed the congressman as to whether or not he would investigate an offspring of President Trump if the situation was similar.

"I'm saying if they had never been in those businesses before and they got into them only after their father became president, wouldn't you want to investigate that?" MacCallum asked.

"I would want to go through formal channels," Swalwell answered.