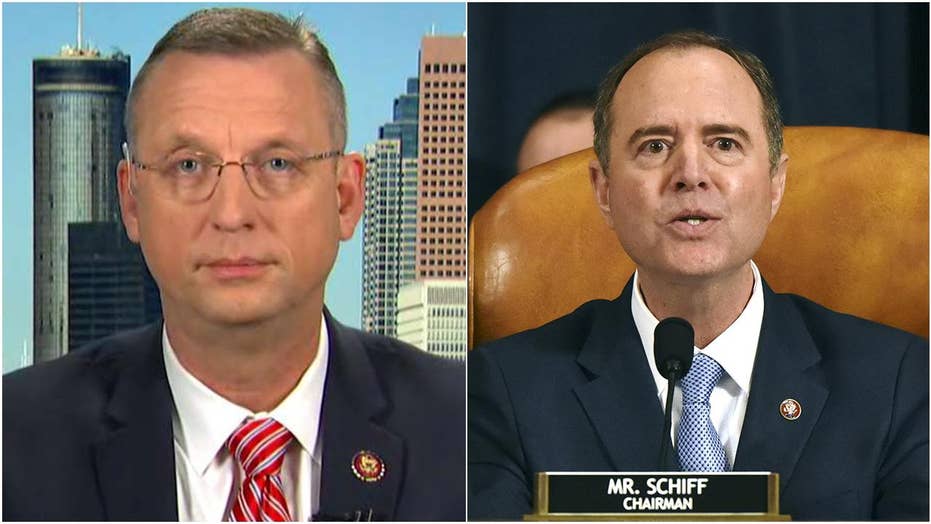 Rep. Collins on House Democrats leaving door open for additional impeachment witnesses: They had their chance

In their rush to judgment, House Democrats failed to do their job on impeachment, says Georgia Congressman Doug Collins, ranking member of the House Judiciary Committee.

"Their case is falling apart and the American people are seeing that their rush to judgment is actually going to cause the people to see that they really did not do their job," Collins told guest host Dagen McDowell. "And it's not fair to say the Senate should do their job for them."

Trump’s legal team called the House’s impeachment case "flimsy" and a “dangerous perversion of the Constitution” in a trial memo filed Monday morning.

The 110-page filing claimed that the two articles of impeachment – abuse of power and obstruction of Congress – do not amount to impeachable offenses and that the Democrat-led House inquiry was not a quest for the truth.

Collins spoke out against House Judiciary Committee Chairman Jerrold Nadler, D-N.Y., who told CBS' "Face the Nation" this past weekend that "any Republican senator who says there should be no witnesses, or even that witnesses should be negotiated, is part of the cover-up" to help the president.

"It's not the way Chairman Schiff worked. It's not what they did in the House. And so they understand this, that they're trying to now to find anything shiny for the people [not] to see how poorly they did their job, how much they ransacked the House rules to get to an outcome that they wanted," Collins said. "This is just a travesty perpetrated upon the American people."

The congressman also commented on House Speaker Nancy Pelosi's impeachment signing ceremony and her demeanor during the process, including her appearance this weekend on HBO's "Real Time with Bill Maher."

"Don't me hand me that anymore, Speaker Pelosi," Collins said. "You've shown that you're willing to lead a House off of a cliff of due process wrongs, of trashing the rules of the House to get to a president that you can't stand."