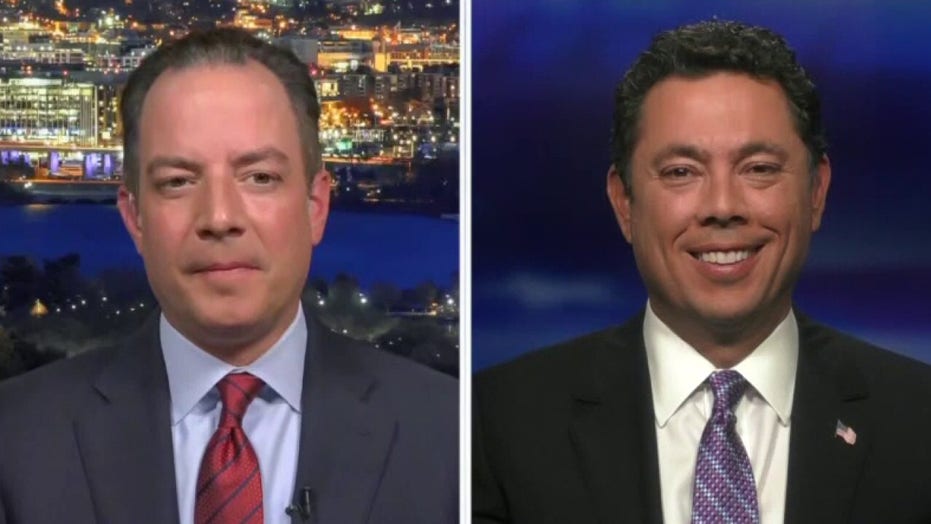 "I think the president is going to eat up Joe Biden in debates," Priebus said on "Hannity," "and they should say, 'We want six debates, not three debates in September and October,' because of COVID and all the other restrictions.

"Have as many late game-changers as you can while the economy is healing," he continued, "and eventually the American people are going to see Donald Trump against sort of an incoherent, you know, Joe Biden that can't put three things together in a row. And so the debates are going to make a big difference. My advice is blow up the three-debate commission limit. Double it and go for that at the end of the campaign. They should focus on that like a laser beam."

"The debates are going to make a big difference. My advice is blow up the three-debate commission limit. Double it."

Priebus was reacting to news that top Biden surrogate Terry McAuliffe told a videoconference meeting of Virginia Democrats last weekend that Biden should remain in his basement -- where he has campaigned remotely during the coronavirus pandemic -- and that Democratic officials were broadly "preferring" that Biden stay largely out of sight until late in the campaign.

Hannity questioned whether Biden could endure the rigors of the presidency, prompting Priebus to agree and noted that Biden's choice of a running mate becomes "all that more important."

"Generally, people would think the VP choices don't matter. But I think in the case of Joe Biden, when people see the first debate, they're going to look right to that VP and --- Susan Rice? Are you kidding?" Priebus said.

Rice, a former national security adviser to former President Barack Obama, has been criticized for her involvement recently in the Russia investigation origins probe. She is on Biden's short list to be his running mate.