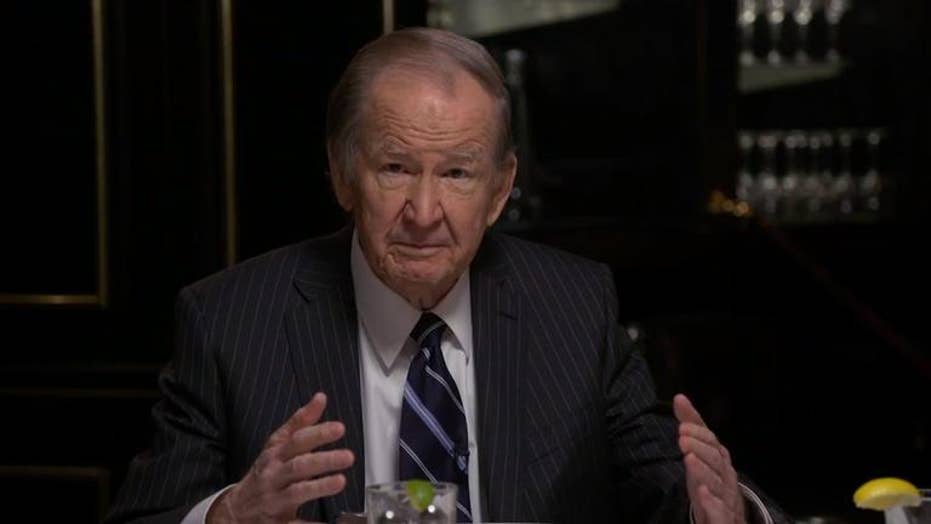 Former Republican presidential candidate Pat Buchanan said that he is "more pessimistic" that the U.S. will go to war with Iran before the 2020 presidential election, following the U.S. strike that killed Iranian commander Qassem Solemiani

"My view is... the Iranian state and regime, they don't want the war. But I think there are an awful lot of people that do want the war," said Buchanan on Fox Nation's "Wise Guys."

"In Iran, the Middle East, a lot of people all over the place [are] looking for that war," Buchanan continued.

"I think [the Iranians] realize they've got almost a hair-trigger," he argued. "That you make the Americans bleed and now you've got Donald Trump, who will go smack them and then you've got a conflict."

Buchanan noted that the Jan. 3 U.S. drone strike that killed Soleimani at Baghdad International airport "took off the table a real warlord and killer," but he conceded, "I'm more pessimistic that we're going to have a war between now and November than I was before this."

Fox News contributor and Washington Times columnist Charlie Hurt added: "I think one of the biggest challenges for the president is that, of course, he didn't get elected to start a war with Iran.

"My hope is that he is able to take the hard-won gains that he's accomplished over the last couple of weeks and months in the Middle East and figure out a way to pivot to keep his campaign promise, which is to not start a new war and get us out of there," said Hurt.

Buchanan contended that there is a threat that President Trump's electoral base will become increasingly divided between those who support intervention in the Middle East and those who want to reduce overseas involvements.  And according to Buchanan, that tension will be exacerbated if Iranian proxy forces kill Americans abroad.

"The argument is happening already -- Trump's base is very divided," said former Trump administration senior national security official Michael Anton. "A lot of them are very upset that we're not gone -- out of these countries -- by now... Very upset by the Soleimani strike, not because anybody has any sympathy for him, just what they fear it may lead to."

However, on the other hand, Anton notes there are "people at the rallies who cheer it."

"Trump is essentially... a Jacksonian in terms of foreign policy," Anton concluded. "He wants 'live and let live' for every country. That's his preference. But if you mess with us, we're going to mess back. He's not into restraint for its own sake. You leave us alone. We'll leave you alone. You don't leave us alone. Watch out."

To watch all of "Wise Guys" go to Fox Nation and sign up today.