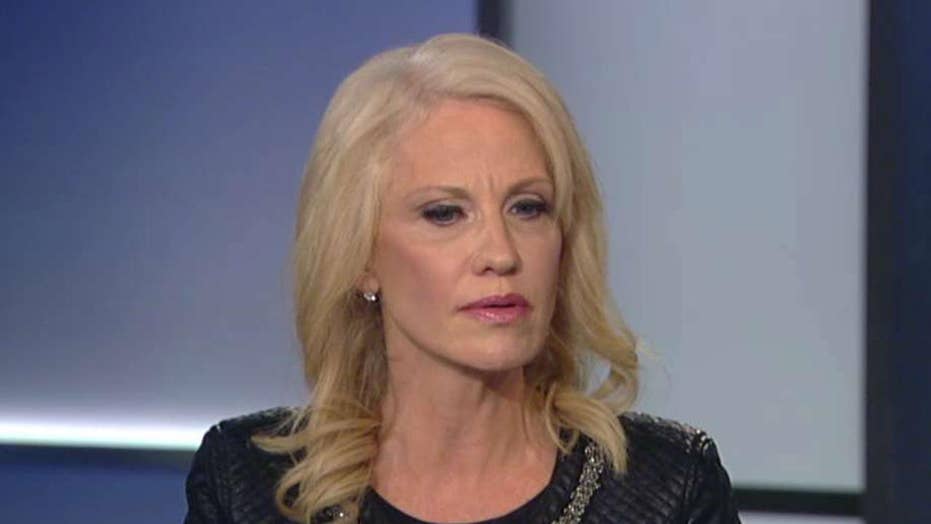 “Can you believe Kellyanne is 53 today? I turned 51 in Nov. And I’m not even wearing a drop of makeup,” Keith tweeted to her 70,000 followers Monday along with side-by-side photos of herself and Conway.

‘THE VIEW’ IS ‘A BIG MESS’ AND ABC NEWS 'THE MOST VICIOUS SWAMP IN THE BUSINESS,' SOURCES SAY

Missy Crane, a writer for conservative pundit Wayne Dupree’s website, wrote that she could argue “Keith is one of the most vulgar, unprofessional Democrat women” and the attack on Conway took her “usual disgusting behavior to new lows.”

“She decided it’d be a great idea to compare herself to Conway in one of the most desperate narcissistic tweets ever,” Crane wrote. “It felt like a poorly written scene from the geriatric ‘Mean Girls’ sequel.”

Keith has been defeated in Democratic primaries for both Congress and Senate. She failed in an attempt to represent Florida’s 18 Congressional District in 2018 after losing her Senate bid in 2016.  As of Wednesday morning, her Twitter bio still featured the link to her now-defunct campaign website. These days, Keith makes occasional appearances on liberal cable news programs and pens a blog. Her most recent entry mocked pro-gun advocates who participated in Monday's gun-rights rally in Virginia.

Keith’s Twitter feed is filled with anti-Trump talking points and retweets of liberal pundits. She has blocked people who criticize or question the Conway post and it appears she eventually deleted the post amid backlash.