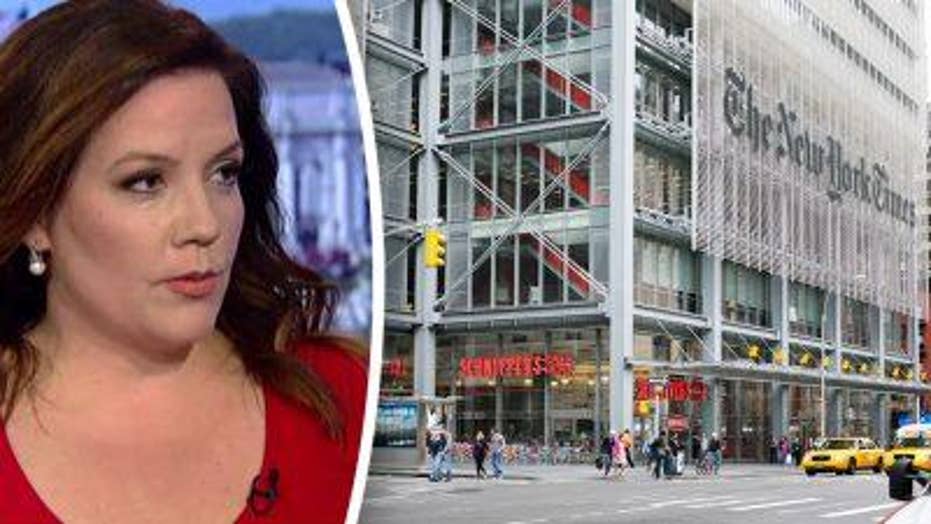 A new report is shedding light on an internal meeting held at The New York Times after turmoil tied to a recent Trump headline. The headline last week involved President Trump's remarks following the mass shootings in El Paso, Texas, and Dayton, Ohio.

Last week, The Times summarized Trump’s comments, in which he denounced hate and white supremacy, with the headline “Trump Urges Unity vs. Racism.” That brought sharp reactions on social media, with some vowing to cancel their subscriptions to the paper and critics alleging it oversimplified a presidential response that did not include specific proposals to curb gun violence.

Hours later, the headline was changed to “Assailing Hate But Not Guns,” though that revision was also criticized. 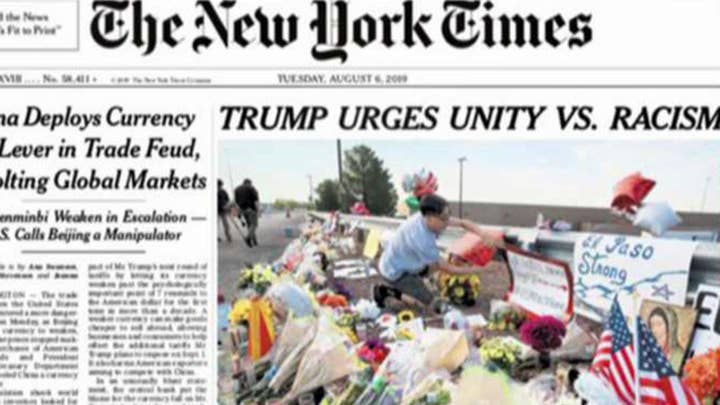 On Monday, The Daily Beast reported that The Times held what was described as a "hastily arranged" town hall, led by the paper's executive editor, Dean Baquet and involved publisher A.G. Sulzberger.

Following public remarks admitting the headline was a mistake, Baquet reportedly called the controversy a "f---ing mess." But he also urged the staff not to let Twitter mobs edit the paper. Sulzberger later shared a statistic that showed very few Twitter users who express outrage toward various Times stories actually click on them.

“He’s sick. He feels terrible,” Baquet reportedly said about the staffer who wrote the original headline.

According to the report, Baquet also revealed that The Times' standards editor is developing a written standard for when its journalists should use the term "racist" in their reporting. He cited as an example the story months ago about Democratic Virginia Gov. Ralph Northam being linked to a yearbook blackface photo from years earlier.

The New York Times did not immediately respond to Fox News' request for comment.