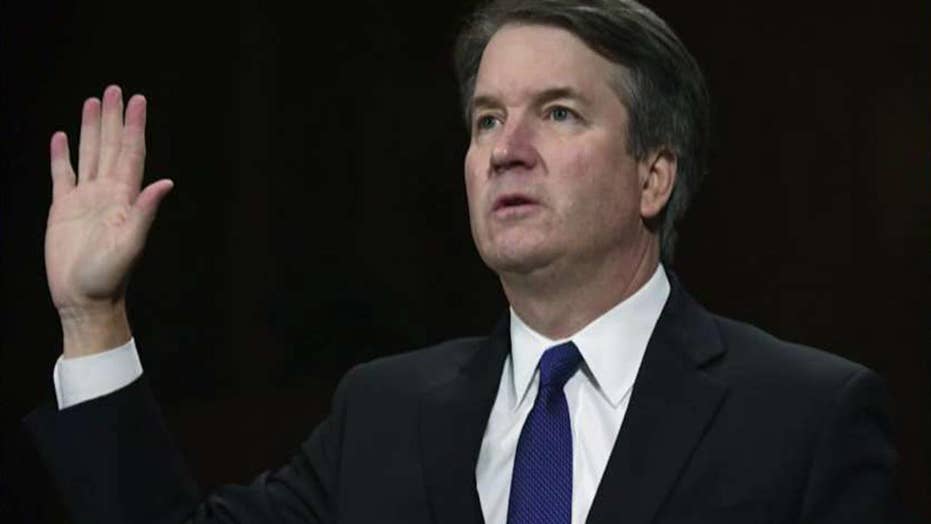 The New York Times reporters Robin Pogrebin and Kate Kelly appeared on “The View” Tuesday and blamed “an oversight” by Gray Lady editors for the controversial piece on Supreme Court Associate Justice Brett Kavanaugh cutting key details during a fiery interview in which they claimed not to have an agenda.

Co-host Whoopi Goldberg immediately pointed out that Pogrebin and Kelly were “under fire” from critics after the Times walked back an explosive report about a resurfaced allegation of sexual assault by Kavanaugh from his college days.

“We just have to start out with the controversy,” co-host Meghan McCain said. “I’m going to try and make this as clear as possible. The New York Times ran an excerpt from your book over the weekend, in the opinion section, that included a new allegation of sexual misconduct against Brett Kavanaugh, but you guys left out a key detail.” 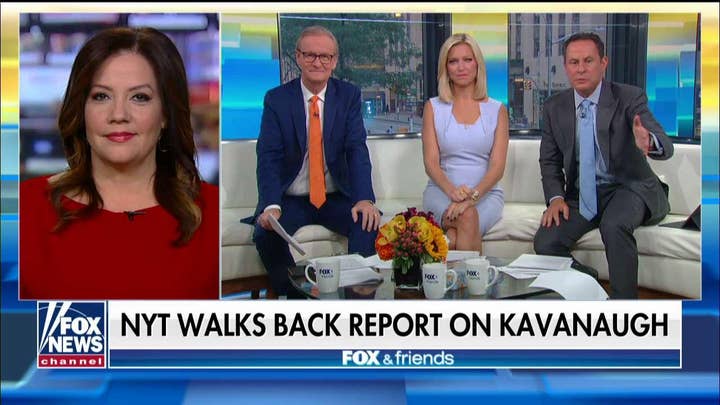 The now-revised piece was adapted from Pogrebin and Kelly’s book, "The Education of Brett Kavanaugh: An Investigation," and alleged that there was corroboration of an incident in which Kavanaugh, as a college student at Yale, exposed himself to a female classmate at a party. But the paper was forced to issue an update clarifying that several friends of the alleged victim said she did not recall the purported sexual assault.

“First of all, there was no desire to withhold important information from our readers. We have all of it in the book,” Kelly said. “The essay is an adaptation of the book that, of course, we had to edit for length and clarity.”

Kelly went on to say “the thrust of the essay was about,” before stopping herself and awkwardly noting that “thrust” was a poor choice of words. She then said the focus of the Times story was about a different Kavanaugh accuser, but the new allegation was added because it was relevant to the subject.

“During the editing process there was an oversight and this key detail, about the fact that the woman herself has told friends she doesn’t remember it, and has not wanted to talk about it, got cut,” Kelly said as she smirked. “It was an oversight and the Times adjusted it and we’re very sorry that it happened.”

McCain said this is an example of why so many people “don’t trust the media.”

Co-host Abby Huntsman then questioned why the Times did not initially disclosed the political ties of a Clinton-linked nonprofit CEO, Max Stier, who was named as a witness to the alleged misconduct.

“I understand, it’s relevant background; in this case it was a very short mention and we only talked in brief terms about what he’s doing right now,” Kelly said. “We didn’t see all of that context to be necessary.”

McCain then grilled the authors about a recent MSNBC appearance in which they blamed Gray Lady editors for omitting key details.

“We’re a team at The New York Times. We have processes in place. We wrote this, it was edited, there was back-and-forth as there always is, it’s kind of a team effort, frankly, to make sure that everybody’s comfortable with the final product and there was just an oversight here,” Kelly said.

Pogrebin and Kelly reiterated that the key details are in their book and it was only cut from the Times’ excerpt.

“We first had it in the piece so it’s about an editing process which is iterative, it has a lot of different drafts and actually, I think, the way it happened was the editors being concerned about naming [the alleged victim] because the Times has a tradition of not naming victims and really has to deliberate whether or not to do that,” Pogrebin said. “In that sentence, that had her name, it also had that she does not remember it. They took out the whole sentence in removing her name in order to kind of protect her.” 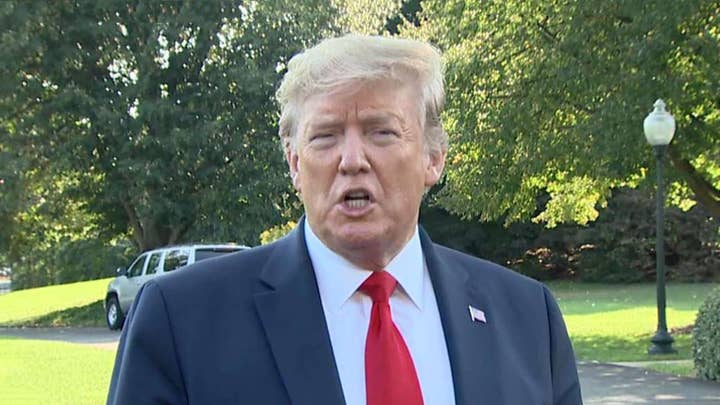 Pogrebin and Kelly were then asked if they read the edited version before it was published in Sunday’s New York Times.

“We thought we had,” Pogrebin said. “And as soon as we realized this, we corrected it.”

McCain then pressed, asking if they understood why critics are so upset about the Times piece but Pogrebin pivoted to why they wrote the book in the first place and added that “Kavanaugh has been a better man” in the 36 years since the allegations.

“He has been an exemplary judge,” Pogrebin said.

President Trump issued a full-throated call for resignations and changes in management at the paper over the essay during a fiery rally in Democratic-leaning New Mexico on Monday night. The authors downplayed Trump's rhetoric when asked during their appearance on "The View."

“We appreciate that the president of the United States is paying attention to our book,” Pogrebin said. “What we tried to do is what we always do as reporters, which is seek the facts and put them out there and let people come to their own conclusions.”

Pogrebin also said that Trump and 2020 Democratic candidates have "jumped on" specific aspects of the book but it was not her intent to have an agenda.

Fox News’ Joseph A. Wulfsohn and Gregg Re contributed to this report.