“We deleted a previous tweet regarding this article,” the Times Opinion message said. “It was offensive, and we apologize.”

Previously, the Times posted and then deleted a tweet without the word "apology," but saying that the original tweet had been deleted because it was "poorly phrased."

The original Times tweet graphically described an obscene act that Kavanaugh is accused of having done during his college years. The tweet then said the act “may seem like harmless fun.”

Regardless of whether the claim against Kavanaugh is true or not, critics on social media were simply furious that the Times would describe the alleged behavior as “harmless fun.”

“This is…. Such a profound lapse in judgment and common sense. Sexual assault isn’t harmless fun,” one Twitter user wrote. “What the hell is going on at the NYT?”

But others also argued that the allegations against Kavanaugh in the article weren’t true.

'What are they thinking?'

“What are they thinking at the New York Times?,” Fox News contributor Byron York of the Washington Examiner wrote. “1) It’s a discredited allegation. 2) If it happened, such things are ‘harmless fun’?”

“You may think that smearing a distinguished jurist based on the testimony of a woman who said last year she wasn’t even certain about her story is harmless fun…” wrote theater critic Kyle Smith.

The new Times story gives the account of a male Yale classmate of Kavanaugh named Max Stier, who alleges that Kavanaugh, at the urging of some friends, performed an obscene act while mistreating a woman at a party.

The Times reported Saturday that Stier told the FBI about the alleged incident during Kavanaugh’s Supreme Court confirmation process but the FBI did not investigate further. 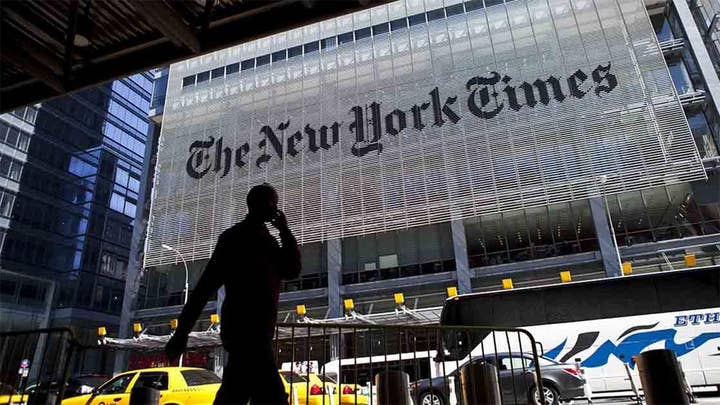 Stier’s story appears to align with allegations that Kavanaugh accuser Deborah Ramirez made last year in an article in The New Yorker magazine. But that magazine noted at the time that Ramiriez “was at first hesitant to speak publicly, partly because her memories contained gaps because she had been drinking at the time of the alleged incident.”

The magazine later noted that Ramirez agreed to speak only after “six days of carefully assessing her memories and consulting with her attorney.”

During his confirmation process, Kavanagh denied numerous allegations about his personal conduct.

Earlier this year, an attorney for Kavanaugh accuser Christine Blasey Ford said her client was motivated to testify against Kavanaugh in part to attach an “asterisk” next to his name in the event of Supreme Court rulings on abortion.