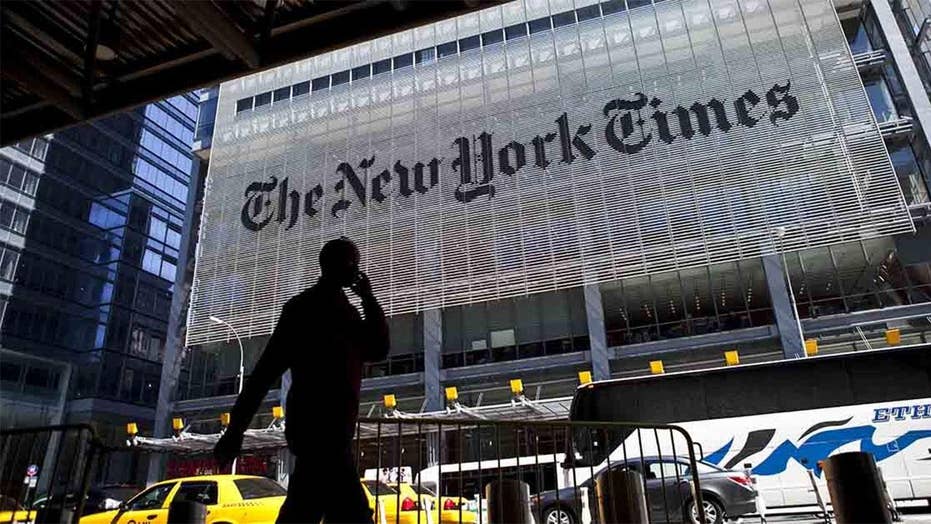 Despite nothing being factually wrong with the story about the Tea Party, the Times once again caved to left-wing pressure and a Twitter mob, says Fox News media analyst Howard Kurtz, host of 'Media Buzz.'

The New York Times has apologized after referring to former Chinese leader Mao Zedong as “one of history’s great revolutionary figures.”

The Times’ shared its obituary to Mao -- who died on Sept. 9, 1976 -- to mark the anniversary of the People's Republic of China founder’s death.

“Mao Zedong died on this day in 1976. The Times said he ‘began as an obscure peasant’ and ‘died one of history’s great revolutionary figures,’ a tweet sent with the obituary read.

A short time later, the outlet posted another tweet apologizing for the remark, which read: “We’ve deleted a previous tweet about Mao Zedong that lacked critical historical context.”

Mao founded the People's Republic of China in 1949 and ran it virtually uncontested until his death on Sept. 9, 1976.

His reputation was deeply tarnished by the chaos and destruction of the ultra-radical 1966-1976 Cultural Revolution. Some estimates state Mao is responsible for the deaths of at least 45 million people.

Author Frank Dikötter wrote for History Today in 2016 that Mao is “one of the greatest mass murderers in history, responsible for the deaths of at least 45 million people between 1958 and 1962.”

“It is not merely the extent of the catastrophe that dwarfs earlier estimates, but also the manner in which many people died: between two and three million victims were tortured to death or summarily killed, often for the slightest infraction,” the piece read.