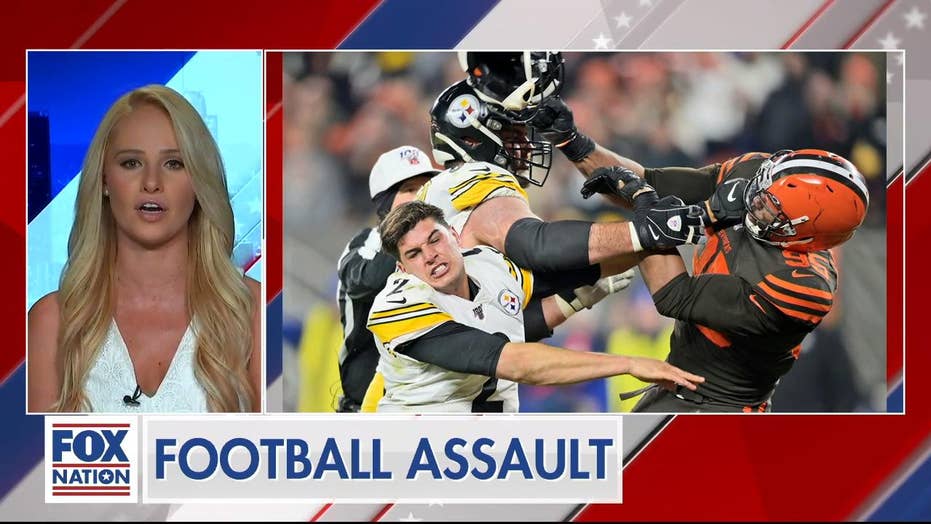 "Roger Goodell should stop being a meek little mouse and do something meaningful about it," said Fox Nation host Tomi Lahren, arguing that the NFL commissioner should do more to address last week's brawl involving the Cleveland Browns and the Pittsburgh Steelers.

"He makes $40 million dollars a year to lead the NFL and he hasn’t proven he could lead a school field trip, let alone a national sports league. What a joke," she said Monday on her Fox Nation show "Final Thoughts."

On Tuesday, Goodell suggested that Cleveland Browns defensive end Myles Garrett could reduce his indefinite suspension if he demonstrated that he regretted his actions, saying, “[Garrett] will probably meet with us sometime in the offseason, and I think we’ll make a judgment on does he have remorse?"

In addition to Garrett being suspended without pay for the remainder of the season, the Browns organization was fined after the attack on Pittsburgh Steelers' quarterback Mason Rudolph during last Thursday's game.

According to Lahren, the punishment wasn't enough, saying it is a "good start."

"That isn’t just 'unnecessary roughness' or or 'unsportsmanlike conduct' -- that is assault with a deadly weapon!" argued Lahren, who disclosed that the Steelers' quarterback is a friend of hers.

"Considering the fact Garrett could have potentially given Rudolph a life-long brain injury or even killed him, does it go far enough?" she asked.

"No, I don’t think criminal charges are necessary here," conceded Lahren, "and it doesn’t look like Mason is pressing any but damn, this whole thing is just so wrong. You don’t do that to someone over a freakin’ football game! Garrett could’ve not only ended Mason’s young career -- he could have caused lasting damage. And for what?"