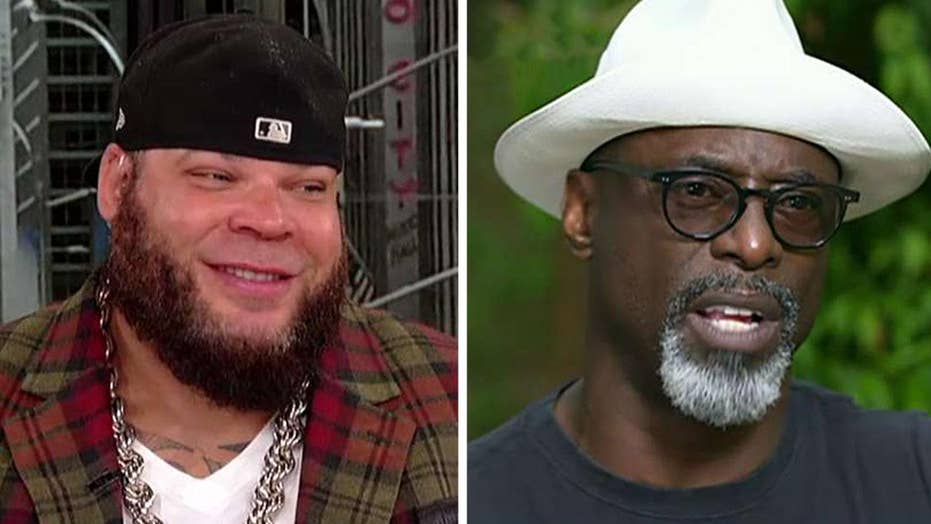 Tyrus reflects on candid conversation with Isaiah Washington on politics

Fox Nation host Tyrus goes inside his interview with actor Isaiah Washington on his decision to walk away from party politics.

Fox Nation host Tyrus weighed in on big reaction to his new interview with former Grey's Anatomy actor, Isaiah Washington, who recently opened up about his decision to leave the Democratic party.

Tyrus believes that Washington is not alone in his opinion and that it reflects a growing feeling among the American public.

"I think more Americans, in general, feel that way... The message is: it's not just Black Americans, White Americans, Asian Americans, we're not groups.  We don't have group meetings when we go to vote... We're all individuals and you shouldn't fall into one line of thinking," said Tyrus on Outnumbered.

Washington also detailed how his political activism developed recently after he attended a celebration at the Trump White House following the passage of the First Step Act, which is a bipartisan prison reform bill that reduces sentences and helps former prisoners re-enter society.

At the time, Washington tweeted, “Those who know, know that I’m not a Democrat or a Republican. I will work w/h anyone as long as things get done. The #FirstStepAct was passed on December 21, 2018 w/h the hard work of @JessyMichele  @LouislReed @VanJones68 and @cut_50 I’m proud to stand with them all today.”

Washington told Tyrus, "If I look at the political literature of the Democratic party over the last 50 years... and very little has changed in my community and just two blocks over from where I am right now then I have some questions, I got more than questions...I have empirical evidence that something is wrong."

On the Outnumbered couch, Tyrus said, "[Washington's] message was important -- about not voting based off of your race, your party... if you feel something is wrong you have to vote for yourself, not necessarily party."

To hear more from Isaiah Washington about his upbringing and path to fame, join Fox Nation and watch the full episode of "Nuff Said" today.