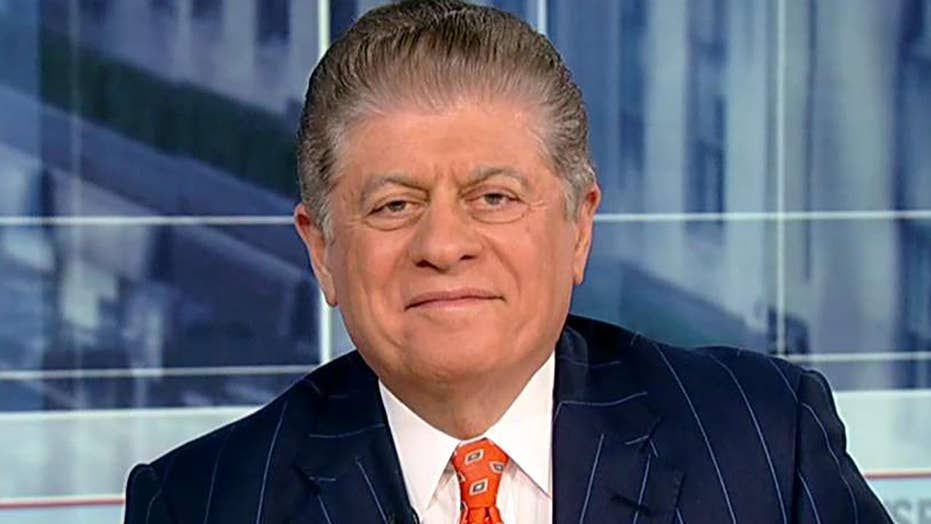 Napolitano's advice to House Democrats: Move to reopen impeachment on the basis of newly-acquired evidence

“If I were a Democrat in the House, I would be moving to reopen the impeachment on the basis of newly acquired evidence, which are these new emails of people getting instructions directly from the president to hold up on the sending of the funds. That would justify holding onto the articles of impeachment, because there’s new evidence and perhaps new articles,” Napolitano argued on "America’s Newsroom" Monday morning.

The emails, released in unredacted form last week, were touted as new evidence by Sen. Chuck Schumer, D-N.Y., to be used at an impeachment trial. On the other side, Napolitano said Senate Republicans should do nothing and act as if there has been no impeachment until House Speaker Nancy Pelosi, D-Calif., officially sends the articles to the Senate for trial.

Napolitano, a Fox News senior judicial analyst, said the situation that exists now was never considered by the nation's founders when they wrote the Constitution.

"Senator Graham is correct, the framers did not contemplate the House sitting on these articles. They contemplated a trial, at which the president would get the same due process rights as any defendant gets in any federal court in the United States," said Napolitano.

Sen. Lindsey Graham, R-S.C., insisted Sunday that if Pelosi does not deliver articles of impeachment against Trump to the Senate by the end of the week, senators should "take matters into their own hands."

Graham accused Pelosi of playing political games and trying to exert control over the Senate trial by keeping it from starting. Senate Majority Leader Mitch McConnell, R-Ky., recognized Friday on the Senate floor the chamber's rules prevented him from doing anything until Pelosi does her part, but Graham proposed a solution that could remove what McConnell has called an "impasse" in the process.

"What I would do, if she continues to refuse to send the articles as required by the Constitution, I would work with Senator McConnell to change the rules of the Senate so we could start the trial without her, if necessary," Graham proposed on "Sunday Morning Futures."

On Monday, former White House National Security Adviser John Bolton said that he would testify in an impeachment trial against Trump should he be subpoenaed by the Senate.