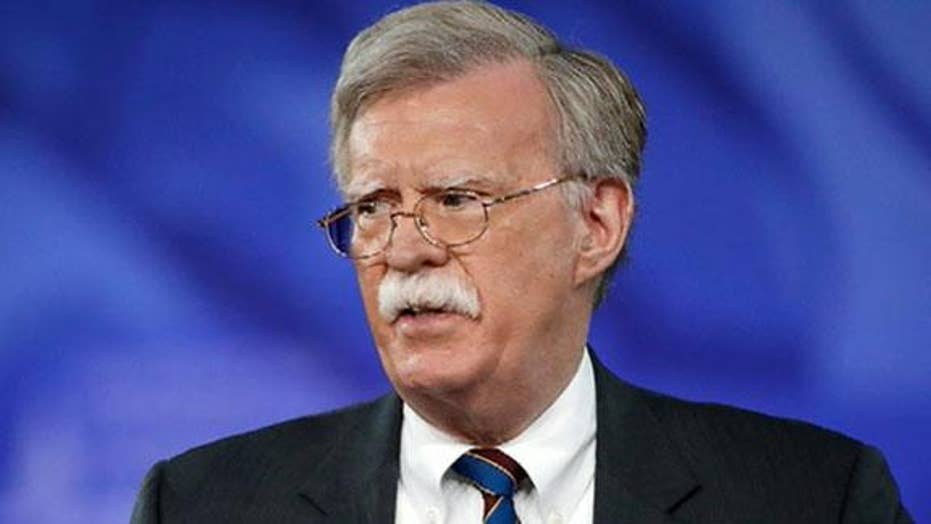 Former National Security Adviser John Bolton said Monday that he would testify in an impeachment trial against President Trump should he be subpoenaed by the Senate.

Bolton has been sought by Senate Minority Leader Chuck Schumer, D-N.Y., and other Senate Democrats as a witness in the pending impeachment trial, along with other members of the administration, including acting White House Chief of Staff Mick Mulvaney. But the GOP majority has not at this point agreed to witnesses, and the entire process is in a holding pattern as Speaker Nancy Pelosi sits on the impeachment articles.

Still, Bolton's statement could result in putting additional pressure on Republicans to consider witnesses -- already, top Democrats were seizing on his statement to renew their calls for testimony.

“The House has concluded its Constitutional responsibility by adopting Articles of Impeachment related to the Ukraine matter,” Bolton said Monday. “It now falls to the Senate to fulfill its Constitutional obligation to try impeachments, and it does not appear possible that a final judicial resolution of the still-unanswered Constitutional questions can be obtained before the Senate acts.

“Accordingly, since my testimony is once again at issue, I have had to resolve the serious competing issues as best I could, based on careful consideration and study,” he continued. “I have concluded that, if the Senate issues a subpoena for my testimony, I am prepared to testify.”

Shortly after the statement's release, Schumer claimed Bolton's offer gives "momentum" to the push for testimony.

"Given that Mr. Bolton’s lawyers have stated he has new relevant information to share, if any Senate Republican opposes issuing subpoenas to the four witnesses and documents we have requested they would make absolutely clear they are participating in a cover up," he said in a statement. 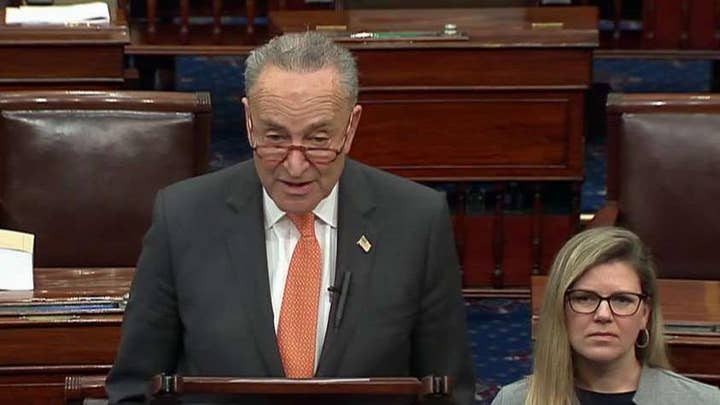 "The Senate must allow testimony from him, Mulvaney and others. The coverup must end," House Intelligence Committee Chairman Adam Schiff, D-Calif., tweeted.

During the House impeachment inquiry, Bolton was invited to testify before the House Intelligence Committee. Bolton did not attend his scheduled deposition, but the committee did not take the step to issue a subpoena for his testimony.

His testimony was sought following the claims of acting U.S. Ambassador to Ukraine Bill Taylor, who said Bolton was opposed to Trump’s July 25 phone call with Ukrainian President Volodymyr Zelensky, which led to an anonymous whistleblower complaint that sparked the inquiry.

“Ambassador Bolton was not interested in having — did not want to have the call because he thought it was going to be a disaster,” Taylor testified. “He thought that there could be some talk of investigations, or worse, on the call.

"Turned out he was right. So he didn’t want to have the call.”

“Their turn is over. They’ve done enough damage. It’s the Senate’s turn now to render sober judgment,” he said, while stressing that the Senate cannot hold a trial unless and until Pelosi transmits the two articles.

Schumer defended his party's efforts to seek certain high-level witnesses and documents, noting how recently published emails have started to fill out the details of the administration's decision to freeze aid to Ukraine while the president sought politically advantageous investigations from Kiev. Schumer said last week it is imperative to learn the "whole truth," while voicing concern McConnell could end up holding a "mock trial."

“Will we fulfill our duty to conduct a fair impeachment trial of the president of the United States or will we not? That is most pressing question facing this Senate,” Schumer said. “The country just saw McConnell’s answer to that question. The answer is no.”

Schumer argued that McConnell is ignoring “the only one precedent that matters here.”

At the center of the inquiry is Trump’s effort to press Ukraine to launch politically related investigations — regarding former Vice President Joe Biden and his son Hunter’s dealings in Ukraine, as well as issues related to the 2016 presidential election.

McConnell indicated that the Senate process is at a standstill for now, and accused the House of getting "cold feet."