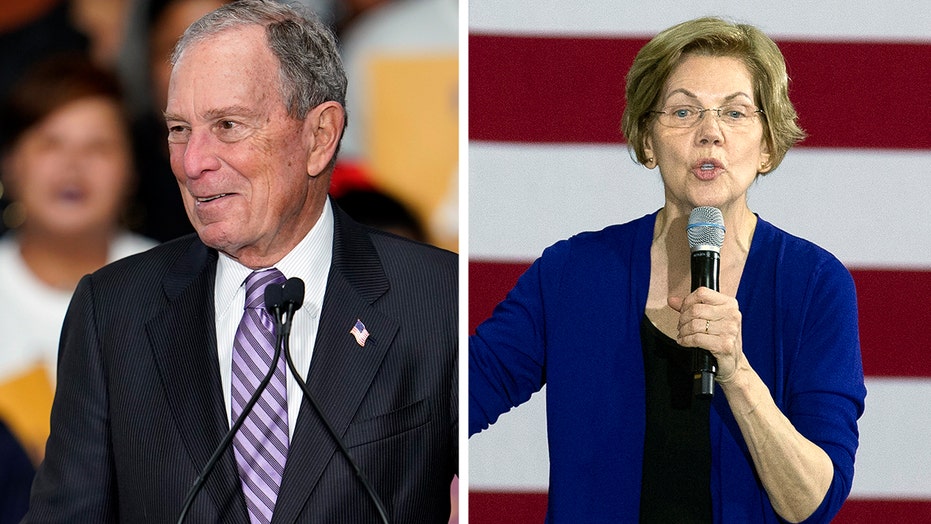 MSNBC host Chris Matthews questioned Sen. Elizabeth Warren, D-Mass., over and over Tuesday night on whether she was sure of her accusation that billionaire presidential candidate Mike Bloomberg had told a woman at his company to "kill it" when he found out that she was pregnant.

During Tuesday's debate, Warren attacked Bloomberg over allegations, reported by The Washington Post, that Bloomberg had told a saleswoman to "kill it" after he found out that she was pregnant and then complained about the number of pregnant women at his company. The Post later corroborated the woman's claim with another Bloomberg employee who said he witnessed the exchange — for which the woman sued Bloomberg in federal court. Bloomberg has flatly denied the allegation

That, however, did not stop Matthews from questioning Warren on whether she was sure of the story six times in a span of just over one minute during a post-debate interview.

"You believe that the former mayor of New York said that to a pregnant employee?" Matthews asked in the South Carolina debate's spin room, in an exchange that was reported on by Mediaite.

"Well, a pregnant employee sure said that he did," Warren retorted. "Why shouldn't I believe her? You know, I'm just really tired of this world. This one is personal for me, it really is. Pregnancy discrimination is real."

As Warren was finishing her point, Matthews began talking over the presidential candidate, questioning her conviction in the accusation she had just doubled-down on.

"But you believe he's that kind of person, that did that?" Matthews said.

"Look, pregnancy discrimination is real," Warren repeated, "and these, we have gone on and on and on where people say aww, I can't really believe the woman. Really? Why not?"

After Warren continued her answer, in which she called for Bloomberg to issue a blanket release for all women who have nondisclosure agreements with him about sexual harassment claims, Matthews challenged her four more times about how sure she was of her response.

"Everybody deserves a credible response when they make a charge like that. My question about him, you believe he's lying?" Matthews asked.

"And why would he lie, because just to protect himself?" Matthews asked, barely letting Warren get a word in between questions.

"It's a striking event," Matthews commented as Warren was getting visibly exasperated, "I just want to make sure you're clear about this -- you're confident of your accusation?"

Matthews's sixth iteration of the same question came just under one minute and 15 seconds into his exchange with the Massachusetts senator.

Tuesday night was the second consecutive Democratic debate in which Warren went after Bloomberg, whom she also attacked for his previous comments about minorities Tuesday.

Following the Nevada debate last week, Warren managed to raise $2.8 million off her performance, her campaign said. That, and any fundraising bump from Tuesday, will be valuable to keep her struggling campaign going through and past Super Tuesday, which requires candidates to campaign nationwide rather than from town-to-town as early states Iowa, New Hampshire, Nevada and South Carolina require.

Bloomberg, using his personal fortune to finance his campaign, has spent over $400 million on his presidential bid already, despite not competing in any of the first four states. He is staking his hopes on a strong performance in Super Tuesday states to make him appear to be the most viable alternative to the race's front-runner, Vermont Sen. Bernie Sanders.