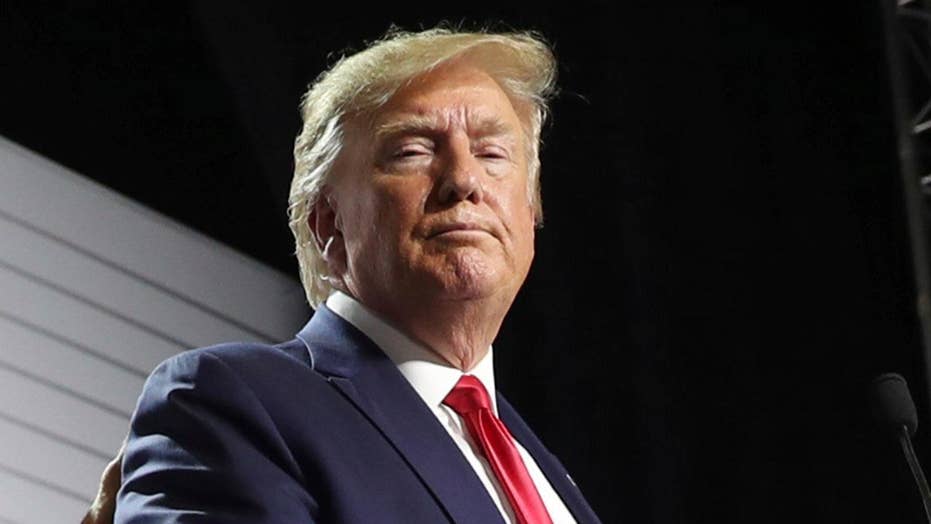 MSNBC host Lawrence O'Donnell kicked off his show Wednesday night by apologizing for running an unverified report that directly tied President Trump's finances to Russia, which he retracted.

"Last night on this show, I discussed information that wasn't ready for reporting," O'Donnell said. "I repeated statements a single source told me about the president's finances and loan documents with Deutsche Bank saying 'if true'-- as I discussed the information-- was simply not good enough. I did not go through the rigorous verification and standards process here at MSNBC before repeating what I heard from my source. Had it gone through that process, I would not have been permitted to report it. I should not have said it on-air or post it on Twitter. I was wrong to do so."

He went on to acknowledge the letter he and NBCUniversal received by Trump's legal counsel demanding a retraction and an apology for the "aforementioned false and defamatory" reporting and threatened to take legal action.

"This afternoon, attorneys for the president sent us a letter asserting the story is false. They also demanded a retraction. Tonight, we are retracting the story," O'Donnell continued. "We don't know whether the information is inaccurate. The fact is we do know it wasn't ready for broadcast and for that I apologize."

On Tuesday night, O’Donnell and fellow far-left MSNBC host Rachel Maddow discussed how Trump was “able to obtain loans when no one else would loan him any money” when he tossed out the unverified speculation.

TRUMP MOCKS NYT'S BRET STEPHENS: MY RESORT DOESN'T HAVE 'BEDBUGS,' BUT HE'S LOADED UP WITH THEM!'

“I may have some information, in this next hour, which would add a great deal to their understanding of that, if true, and I’ll be discussing it here,” O’Donnell said. "I stress ‘if true,’ because this is a single source who has told me that Deutsche Bank obtained tax returns… this single source close to Deutsche Bank has told me that Donald Trump’s loan documents there show that he has co-signers. That’s how he was able to obtain those loans and that the co-signers are Russian oligarchs."

A stunned Maddow leaned back in her chair and responded, “What? Really?”

O’Donnell added “that would explain every kind word Donald Trump has ever said about Russia and Vladimir Putin” if his information is accurate.

The "Last Word" host and MSNBC were widely panned by critics for running the story, calling it "grossly irresponsible." The White House blasted the report, pointing to "left-wing outlets" that have "weaponized the media.

“This is one of the reasons that a majority of Americans have lost trust in the media. Instead of applying ethics and standards to their reporting, journalists and left-wing outlets have weaponized the media, using it to attack and harass people with little to no regard for the truth,” White House Press Secretary Stephanie Grisham told Fox News.

O'Donnell took to Twitter earlier in the day and walked back the report, referring to it as an "error in judgment."