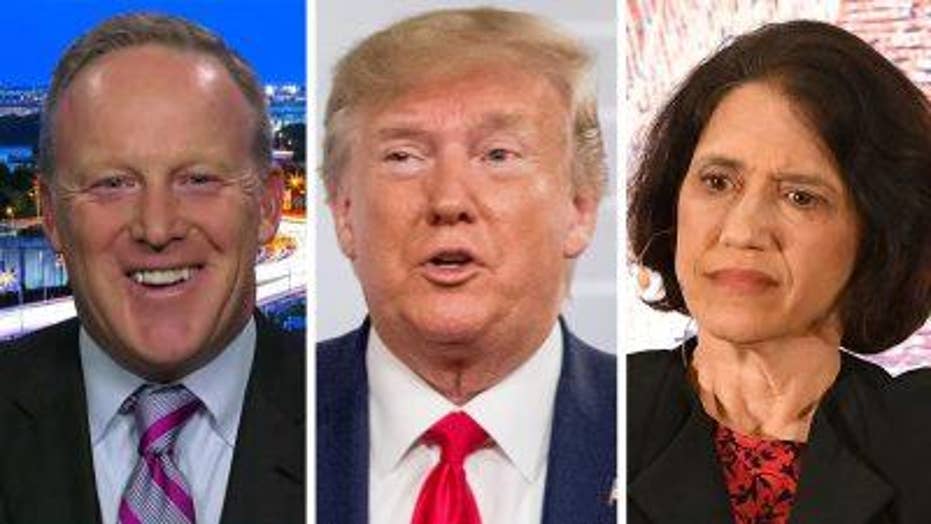 After the president floated the idea of hosting next year's G-7 summit at his Doral resort outside of Miami, Fla., a report resurfaced that this resort had settled a lawsuit in 2017 after a New Jersey man named Eric Linder alleged he woke up one morning at Trump's property with bites all over his body.

Trump denied of having any bedbugs at his resort Tuesday morning, blaming "Radical Left Democrats" for spreading "nasty rumors."

However, the president took the opportunity on Tuesday night to repeat his denial about the alleged bedbug problem and hit one of his outspoken critics from the Times.

"A made up Radical Left Story about Doral bedbugs, but Bret Stephens is loaded up with them!" Trump tweeted. "Been calling me wrong for years, along with the few remaining Never Trumpers - All Losers!"

The op-ed columnist had been widely mocked after he responded to a Twitter user who jokingly referred to him as a bed bug in reaction to reports of a pest infestation at the Times newsroom.

This tweet apparently angered Stephens enough for him to email both Karpf and the GWU provost, which Karpf shared on Twitter Monday night.

"Someone just pointed out a tweet you wrote about me, calling me a 'bedbug,'" Stephens began the email. "I'm often amazed about the things supposedly decent people are prepared to say about other people – people they've never met – on Twitter. I think you've set a new standard."

The Times columnist went on to invite Karpf to his home, meet his wife and children, and then "call me 'bedbug' to my face."

"That would take some genuine courage and intellectual integrity on your part," Stephens told the college professor. "I promise to be courteous no matter what you have to say. Maybe it will make you feel better about yourself."