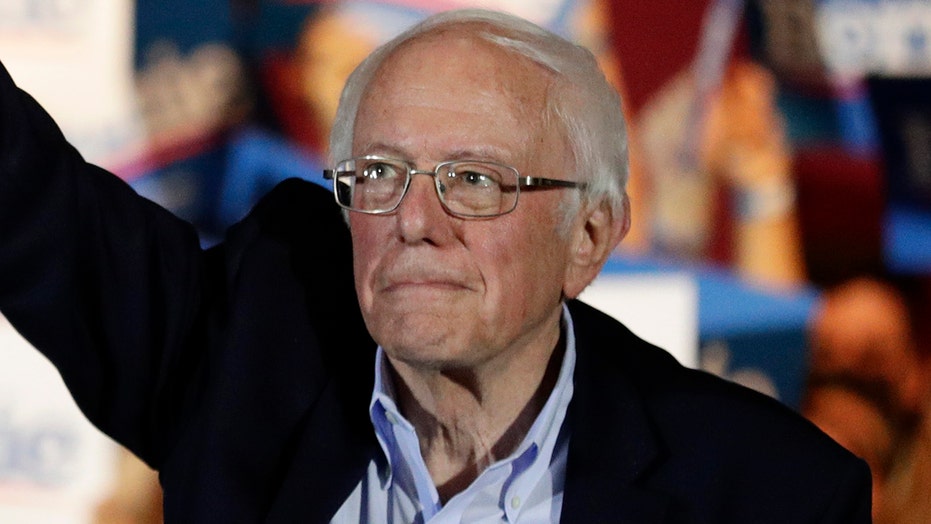 MSNBC anchor Nicolle Wallace went on a rant during the network's Super Tuesday coverage on Sanders' characterization of former Vice President Joe Biden as part of the "establishment."

"Bernie Sanders... he has turned this idea of the establishment - he's weaponized it against Biden," she said. "The Democratic establishment did nothing for Joe Biden and they would have left him as roadkill if he bombed on Saturday night.

"African American voters every age, male and female of South Carolina and Jim Clyburn are the reason Joe Biden is hoping and sources I've talked to said they're feeling really, really good and that they're cautiously optimistic. One reason that they're feeling really, really good- it has nothing to do with the Democratic establishment. It's African American voters in South Carolina."

Colleague Rachel Maddow said: "But every headline in all political coverage all around the country is like, 'The establishment is coalescing the establishment'."'

"But it's a lie, I mean, it's a lie," Wallace exclaimed. "Listen, and I say this as a dispassionate former Republican who watched my party sort of implode around fake truths and false grievances, the establishment had nothing to do with Joe Biden's victory. He's flat broke, he has not a single ad on the air. He's not advertising in any Super Tuesday states!"

Earlier in the day, MSNBC commentator Steve Schmidt went even further, suggesting Sanders himself is part of the "establishment."

“With regard to an establishment, certainly if there is one, Bernie Sanders is a part of it," Schmidt said. "He’s a multimillionaire… who owns three houses and serves in the United States Senate. That's the establishment.”