An MSNBC political analyst said on "Morning Joe" Monday that President Trump's rhetoric "could lead to some sort of a horrible civil war."

Karine Jean-Pierre, the chief public affairs officer for MoveOn.org, was reacting with Joe Scarborough to Trump's attack on Rep. Elijah Cummings, D-Md., in which the president called Baltimore “far worse and more dangerous” than the southern border.

Jean-Pierre said Trump is putting out "toxic" racism in his tweets and it must be called out. She argued Cummings "is everything Trump is not" and Trump is "threatened by Cummings." 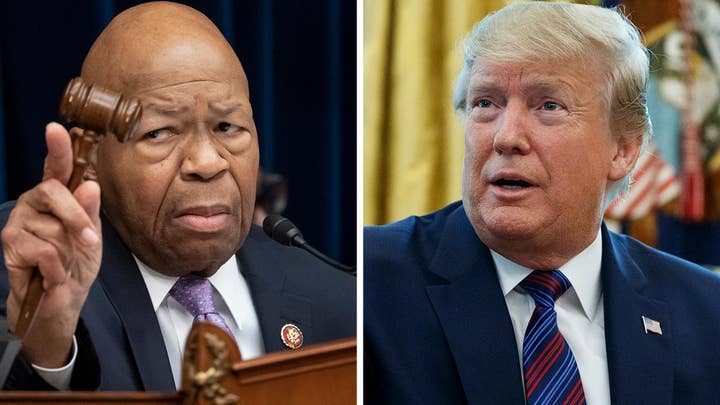 “Donald Trump put his hand on the Bible — technically two Bibles — and took the oath of the presidency to be a president for all of us,” she said.

Jean-Pierre said Trump intends to use racial division until Election Day next year, believing it will help him win and that he's threatening America's "young democracy." She and Scarborough both implored Republicans to speak out against Trump and warned of potentially dire consequences.

“I don’t know where Donald Trump wants to take this, but wherever it is, it’s going to be dangerous," she said.

"It could lead to some sort of horrible civil war. He is testing us. He’s testing the democracy. He’s shredding the Constitution. And so, Republicans, the leadership in the Republican Party, need to stand up. You have to speak up. Because if you don’t, you are encouraging this. You are picking Donald Trump, loyalty to Donald Trump, instead of to the country.”

Trump's Saturday morning tweet apparently referred to Cummings' questioning of border officials earlier this month. Cummings blasted acting Homeland Security chief Kevin McAleenan for saying the department was doing its “level best” when it comes to the humanitarian crisis at the border.

"What does that mean? What does that mean when a child is sitting in their own feces, can't take a shower? Come on man,” he yelled. “What's that about? None of us would have our children in that position. They are human beings."