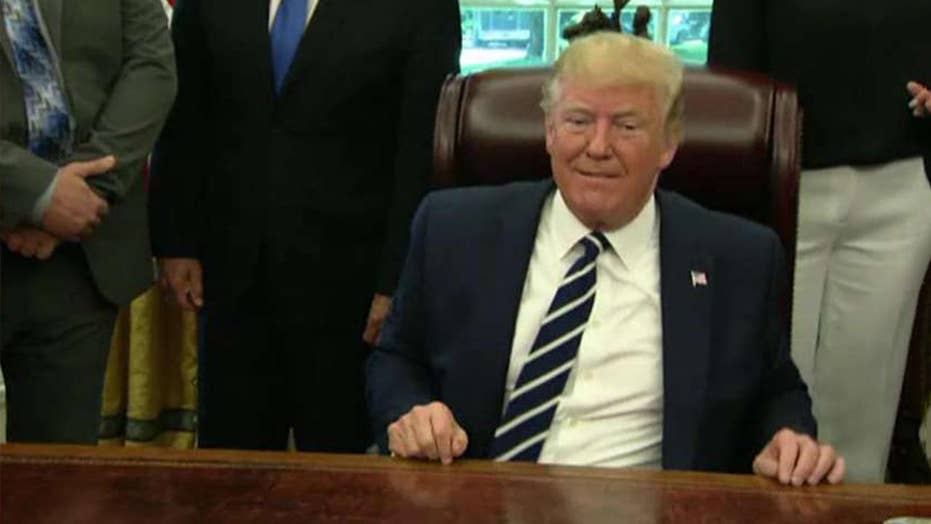 The battle with the White House, and for the soul of the Democratic Party.

House Oversight Committee Chairman Elijah Cummings, D-Md., said Sunday that he has “no doubt” that President Trump is racist amid the ongoing controversy surrounding the president’s tweets about four congresswomen.

Speaking on ABC’s “This Week,” Cummings said “no doubt about it” when asked if he thought Trump was racist.

“When I hear those things, it takes me back,” Cummings said in reference to segregation in the 1960s. Cummings went on to compare the president’s tweets telling four congresswomen of color – all of whom are American citizens – to “go back home” to his own experience in 1960's Baltimore when he tried to integrate a public swimming pool.

“I heard the same kind of chants, ‘Go home, you don’t belong here,’” Cummings said. “I’m not the only person of color who has had those kind of experiences.”

Cummings defended the four progressive lawmakers – Democratic Reps. Alexandria Ocasio-Cortez of New York, Rashida Tlaib of Michigan, Ayanna Pressley of Massachusetts, and Ilhan Omar of Minnesota – for “merely trying to bring excellence to government.” All the lawmakers with the exception of Omar serve on the Oversight Committee. 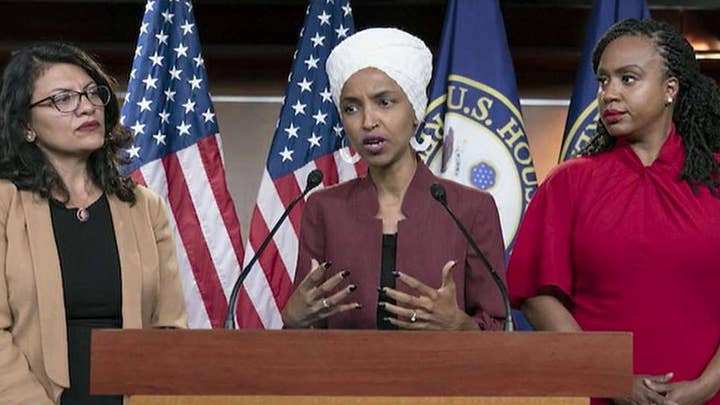 “I interact with them every day. These are women who love their country,” Cummings said. “They work very hard and they want to move us toward that more perfect union that our Founding Fathers talked about.”

Trump’s spat with the four congresswomen – known collectively as “The Squad” – dominated the headlines last week with the House voting to condemn the president for his comments, while Trump refused to back down.

At Trump's North Carolina rally on Wednesday, the crowd chanted "Send her back!" about Omar. Trump paused in his speech during the chant and surveyed the scene. The next day he said he did not approve of the chant and tried to stop it.

Ocasio-Cortez slammed Trump on Saturday, saying that he enjoyed hearing the “send her back” chants. 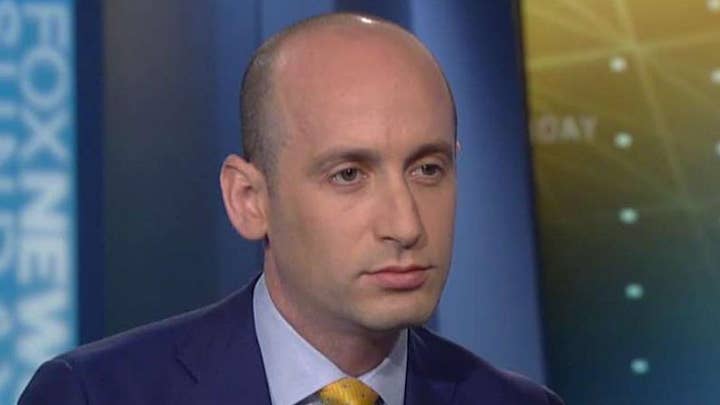 "We're going to stay right here, that's where we're going to go," Ocasio-Cortezsaid, sharing her response to Trump's suggestion that American citizens "go back" with constituents at a Queens town hall on immigration issues. "We're not going anywhere."

Omar was also defiant after the rally, telling reporters at the Capitol that she believes the president is a "fascist" and casting the confrontation as a fight over "what this country truly should be."

"We are going to continue to be a nightmare to this president because his policies are a nightmare to us. We are not deterred. We are not frightened," she told a cheering crowd that greeted her like a local hero at the Minneapolis-St. Paul International Airport as she returned from Washington.

Trump's allies distanced themselves from the chant, fretting over the voters it might turn off in next year's election and beyond.

Trump on Friday defended the rally-goers as "patriots," while again questioning the loyalty of four Democratic lawmakers of color.

When reporters at the White House asked if he was unhappy with the Wednesday night crowd, Trump responded: "Those are incredible people. They are incredible patriots. But I'm unhappy when a congresswoman goes and says, 'I'm going to be the president's nightmare.'"