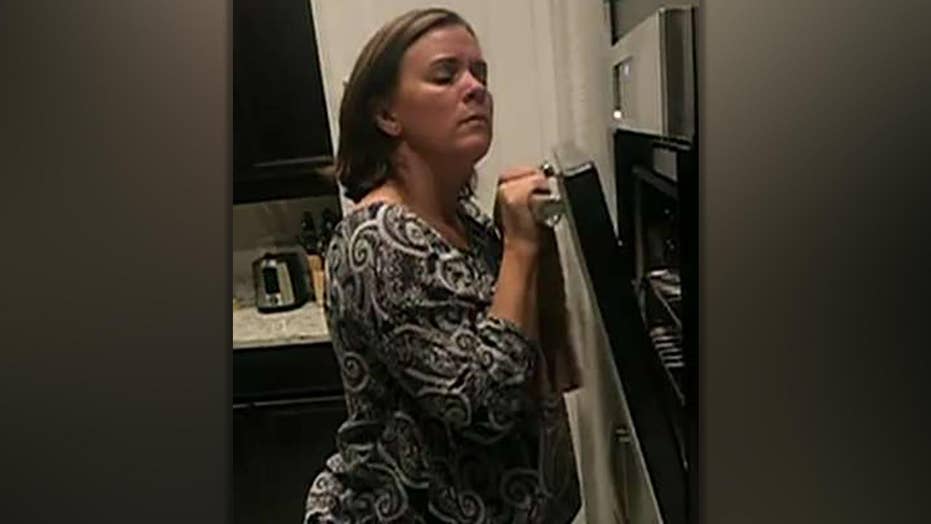 Amy Stephens, a Florida mom recorded dancing with her squeaky oven door to the beat of Usher's hit song 'Yeah,' joins 'Fox &amp; Friends' with her daughters to react to the clip's overnight popularity.

Amy Stephens explained that her daughters, 19-year-old Haley and 16-year-old Kasey, noticed that their oven made a squeaking noise that sounded similar to the opening of Usher's 2004 hit song "Yeah."

It was Kasey's idea to have her mom break out into a dance, using the oven squeaks as an instrument, while the hit song played.

"She said just do your thing when the beat drops and that's what I did," Amy recalled.

The TikTok video, which included Haley sitting in the kitchen looking mortified over her mom's dancing, quickly took the Internet by storm.

Amy said the clip has been watched a whooping 65 million times across various social media platforms after it spread from TikTok to Twitter and Facebook.

Amy said her friends aren't surprised that she was the one to go viral, but Kasey – a frequent TikTok user – was left shaking her head over how popular her mom's dance turned.

"I was so mad, I've been on this app for at least eight months making videos on there and my mom was like, 'I'm gonna be more famous than you,' and she made a video and the next morning we wake up and it has over 100,000 likes. It's crazy!" Kasey said.

As for her supporting role in the clip, Haley said her mom is "kind of embarrassing, but I love her" and it's not the first time she's had that reaction.

"She's done that in the grocery store," Haley joked.

"Amy, you are so much fun, I want to have a beer with you!" host Ainsley Earhardt told the viral mother.