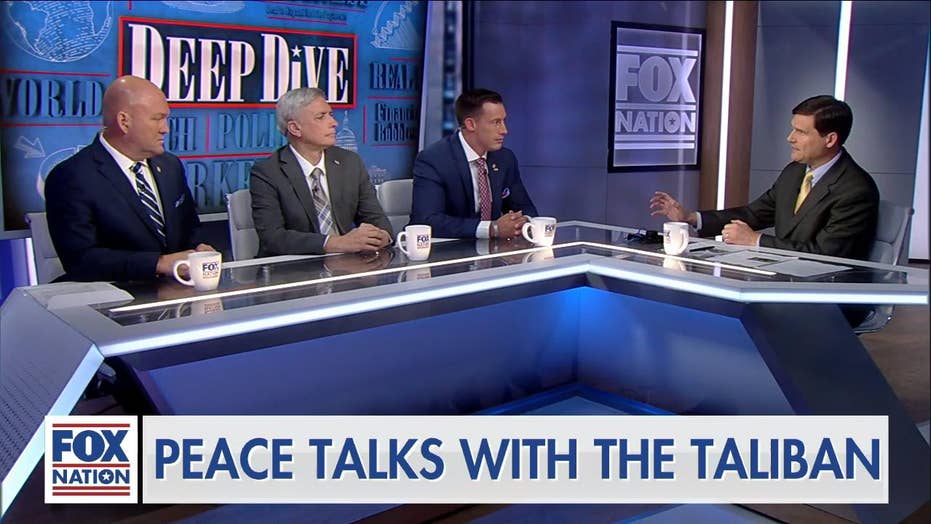 Disabled Afghan War veteran: Don't leave Afghanistan without 'having something to show for it'

Amid the sudden resignation of National Security Adviser John Bolton and reports that his ousting came after a discussion with President Trump over the war in Afghanistan, Fox Nation's "Deep Dive," held a panel of military and intelligence experts to debate the way forward in America's longest war.

On Monday, President Trump declared peace talks between the United States and the Taliban to be “dead,” after the group claimed responsibility for a deadly bombing in Kabul last week that resulted in the death of a U.S. soldier. The President announced that he canceled secret plans to hold a summit with Taliban leaders at Camp David, saying, "They thought they had to kill people in order to put them in a little better negotiating position... You can’t do that. You can’t do that with me.”

Retired U.S. Marine Corps Bomb Technician Johnny Joey Jones, who suffered a life-changing injury while deployed to Afghanistan in 2010, said on "Deep Dive" that before the American public should consider leaving Afghanistan, they should remember why U.S. troops are there to begin with.

“In 18 years, we have not had another 9/11, and I have to believe that part of that is having intelligence and operations that we’ve had overseas," said Jones, adding that unless negotiations prevent future attacks then they have little to offer.

“We have sent thousands of us, and I say us, because I deployed there, to die, lose our legs as I did or at least spend multiple years of our life there and be changed forever.  So I think there is something in the principle of honoring why they went there and having something to show for it when we leave," argued Jones.

However, former senior military intelligence officer for the FBI National Joint Terrorism Taskforce and member of the Trump 2020 campaign advisory board, Steve Rogers disagreed, saying that the time has come for U.S. troops to leave Afghanistan. 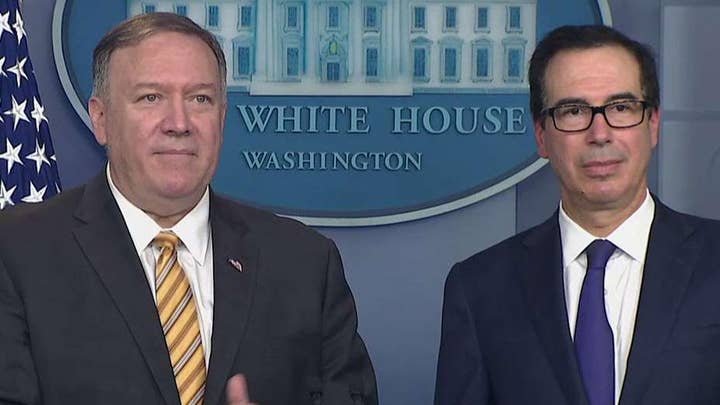 He continued, saying that U.S. resources are being sapped by nearly two decades of war, “This idea that we have turned our military in nation-builders and police forces is something that troubles.  We have to be combat-ready and ready to fight Russia, to fight China – if need be in the future.”

Jones answered, “What we are doing today is such a different mission than why we went there and the war we fought there... It’s not the same burden on our military and our country as 100,000 troops there, when I was there, actively trying to take the country back.”

Rogers said the bottom line for him is that there seems to be no conclusion in sight, “To have thousands, upon thousands of troops… 18 years and nothing, we have really gotten nothing out of there... When does it end?  That’s the question…we will have to make that decision because the Taliban is not going to make that decision.  They don’t want it to end.”

Jones concluded that if President Trump withdraws troops from Afghanistan without making that country, "a better place" then U.S servicemen and women will inevitably return. “I’m not hawkish on this, I’m just realistic, and I don’t trust the politics of it, because I have been a part of two troop surges in 2007 in Iraq and 2009 and 2010 in Afghanistan... My point is that we will bring all the troops home and Trump will be re-elected and then the first major incident, either internationally or God-forbid something here that happens then the entire country is waving the battle-flag again.”