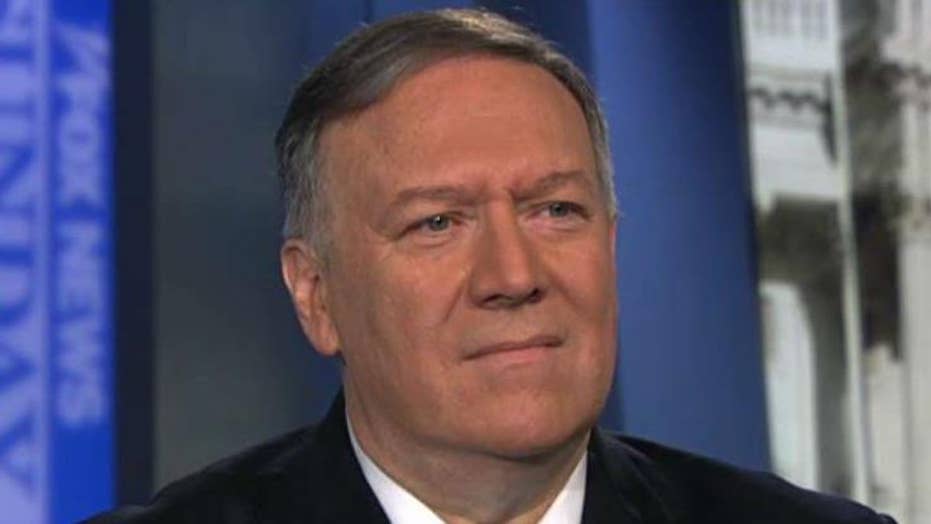 Peace talks between the U.S. and leaders from Afghanistan and the Taliban have been called off, after the Taliban admitted they were behind a deadly bombing in Kabul last week that resulted in the death of a U.S. soldier.

Secretary of State Mike Pompeo said this Sunday the Taliban “overreached” and showed that they cannot be trusted to move forward with a peace process at this point in time.

“What they did here was they tried to use terror to improve their negotiating position,” he told “Fox News Sunday.”

President Trump revealed the existence of the planned talks and their cancellation Saturday night, announcing that he had intended to hold a secret meeting at Camp David on Sunday, but called it off due to the Taliban’s role in the attack.

Trump added that if the Taliban cannot agree to a ceasefire, "then they probably don’t have the power to negotiate a meaningful agreement anyway."

Pompeo echoed this, saying the administration is “looking for more than words on paper,” and that the Taliban has demonstrated that they cannot commit to peace at this time. Still, he said peace talks could pick back up again if this changed.

“I hope we get them started,” he said, saying it was up to the Taliban.

Host Chris Wallace pressed Pompeo about the idea that the president of the United States was willing to meet with the Taliban on U.S. soil just days before Sept. 11. The secretary did not address the timing but defended inviting the Taliban to Camp David.

“It’s almost always the case,” he said, “that you don’t get to negotiate with good guys.” Pompeo noted that President Trump “has always been someone … willing to take risks if he believes he can deliver a good outcome for the American people.”

“I think the president was right to cancel the meeting,” Tillis told Fox News’ “Sunday Morning Futures.” He defended the initial plan for the talks, stating that President Trump was trying to fulfill his campaign promise to end the war in Afghanistan and bring U.S. soldiers home.

After President Trump canceled Sunday's meeting, the Taliban issued a statement vowing that this will result in more American deaths.

"I hope that’s not the case; we don’t want any more loss of American life," Pompeo said.