President Trump declared Monday that peace talks between the United States and the Taliban over the war in Afghanistan are “dead,” after canceling secret plans over the weekend for a Camp David summit.

The president made the comments to reporters as he departed the White House to board Marine One.

Over the weekend, the president said he had intended to hold a secret meeting Sunday with Taliban representatives at Camp David, but called it off due to the Taliban’s role in a deadly bombing in Kabul last week that resulted in the death of a U.S. soldier.

“They thought they had to kill people in order to put them in a little better negotiating position,” Trump said Monday.

Trump's tweet was surprising because it would mean that the president was ready to host members of the Taliban at the presidential retreat in Maryland just days before the anniversary of the Sept. 11, 2001 attacks. More than 2,400 U.S. troops have been killed since the U.S. invaded Afghanistan to go after the Taliban, who were harboring Al Qaeda leaders responsible for 9/11.

Trump defended his intention to host the Taliban at Camp David: “There have been plenty of so-called bad people brought up to Camp David for meetings. The alternative was the White House and you wouldn’t have been happy with that, either.” 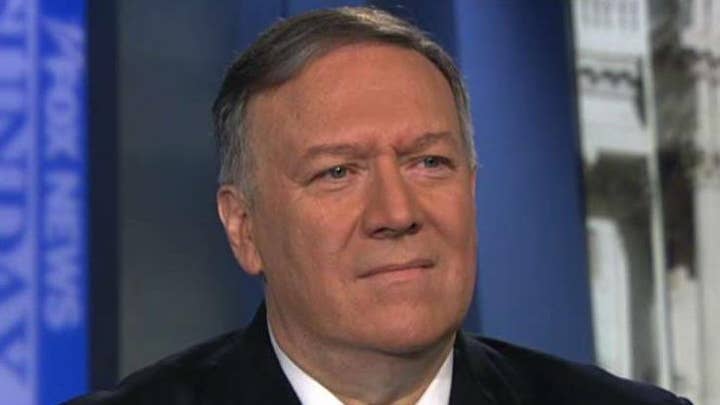 Trump wants to start withdrawing thousands of the remaining 13,000 to 14,000 U.S. troops from Afghanistan and eventually end U.S. involvement in the conflict that is closing in on 18 years.

Zalmay Khalilzad, the Trump administration's diplomat talking to the Taliban leaders for months, has said recently that he was on the "threshold" of an agreement with the Taliban aimed at ending America's longest war. The president, however, has been under pressure from the Afghan government and some lawmakers, including Trump supporter Sen. Lindsey Graham, R-S.C., who mistrust the Taliban and think it's too early to withdraw American forces.

On Thursday, a Taliban car bomb exploded and killed an American soldier, a Romanian service member and 10 civilians in a busy diplomatic area near the U.S. Embassy in Kabul. The bombing was one of many attacks by the Taliban in recent days during U.S.-Taliban talks.

Secretary of State Mike Pompeo said Sunday the Taliban “overreached” and showed that they cannot be trusted to move forward with a peace process at this point in time.

“What they did here was they tried to use terror to improve their negotiating position,” he told “Fox News Sunday.”