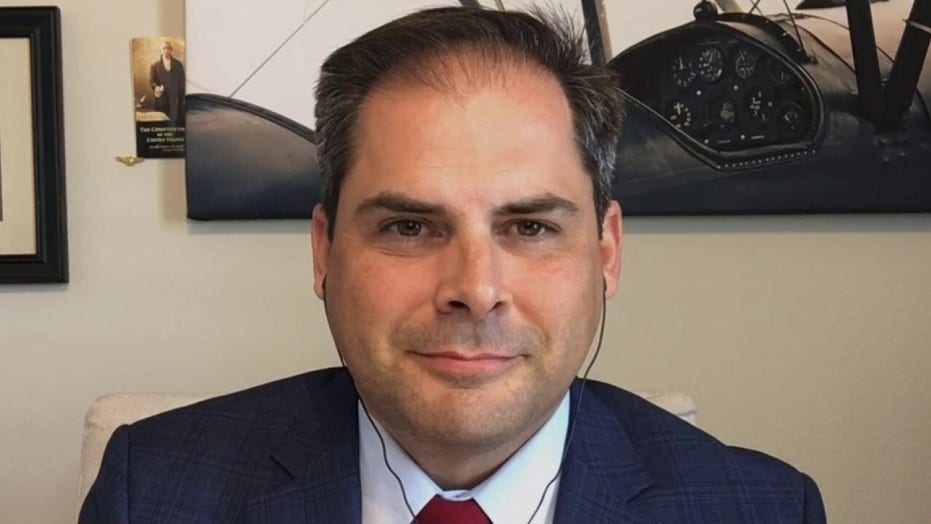 "I have thick skin, so I don't take it personally when politicians make dumb comments like that," Garcia told "The Daily Briefing." "But the reality is, it wasn't a smart thing to say, and this is a district that has a lot of veterans that did take it very offensively."

Garcia is challenging Smith for the Southern California seat once held by Rep. Katie Hill, D-Calif., who resigned in October 2019 amid an ethics scandal that included revelations that she was in a relationship with a female staffer as part of a so-called "throuple" with her now-estranged husband.

Smth attempted damage control after video of her comments about Garcia leaked out.

“Without question, I have the deepest respect for Mike Garcia’s service to our country and I’m sorry for comments that I made that might suggest otherwise,” she said in a statement.

"On the heels of Katie Hill, and such sanctimonious and childish behavior on a Zoom call of all things, it is really not what this country needs," Garcia told host Dana Perino Monday. "Not right now with everything that's going on."

Garcia and top Republicans have accused Democrats of trying to manipulate Tuesday's vote by opening up a new in-person voting center in a Democratic area of the district. They argue Democrats pushed for the extra voting location after seeing mail-in ballot returns were favoring the GOP.

National Republican Congressional Committee Chairman Tom Emmer, R-Minn., sent a memo to all House Republicans with an "urgent call to arms" that Democrats are trying to "steal" Tuesday's special election. President Trump addressed the issue on Twitter Saturday and blasted the "rigged election" in the northern Los Angeles County district.

"Special election is certainly the right name to call it," said Garcia, who described himself as a "political outsider" who felt compelled to run for the seat when he began "to see things happen at the national level that I wasn't okay with."