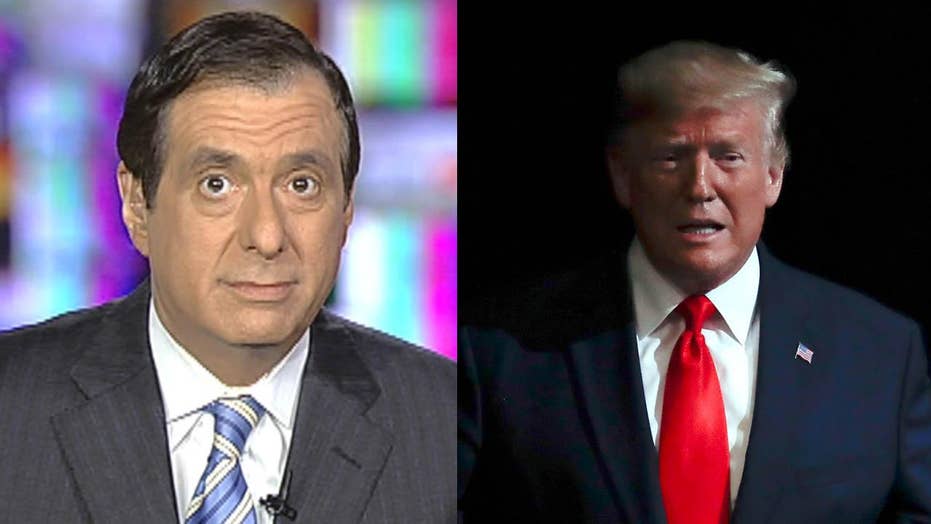 'MediaBuzz' host Howard Kurtz weighs in on the media covering President Trump asking Ukraine and China to investigate the Bidens live on national television, but ignoring news that Adam Schiff lied about knowing information about the whistle-blower while appearing on 'Morning Joe.'

No Trump probe is complete these days without a demand to investigate the investigators.

Suddenly, the harsh spotlight has landed on Adam Schiff.

The president seized on a New York Times report that the House Intel chairman knew about the intelligence whistleblower days before he filed his complaint about Trump’s Ukraine call. What’s more, one of Schiff’s Democratic staffers advised the CIA officer about filing the complaint.

And what’s worse, the California congressman said on television that his team had not spoken to the whistleblower, which was flatly untrue.

At the very least, this creates the appearance that Schiff was quietly orchestrating the rollout of the complaint, which he then decried and which his panel is now investigating as grounds for impeachment.

Now I’m already hearing the spin of reporters on this story that this is routine, that it’s standard procedure, nothing to see here, move right along.

But at a minimum, it looks bad. And politics is in part about appearances. If Republicans investigating Benghazi (who included Mike Pompeo) had secretly counseled a source who then filed a complaint about Hillary Clinton’s conduct, the press would have gone nuts.

Trump, who offered a rare expression of “respect” for the Times, eviscerated the lawmaker he insists on belittling as “Shifty Schiff.” He had already berated the congressman as a “lowlife” for exaggerating his phone call comments at a hearing, demanded that he resign, and suggested (with a question mark) that he be arrested for treason.

At Wednesday’s presser Trump called it a “scandal” and went a step further about Schiff and the whistleblower’s complaint:

“I think he probably helped write it, OK? That’s what the word is.” There is no evidence for that charge.

A Schiff spokesman said the staff never saw the complaint in advance and took the standard step of referring the CIA officer to an inspector general and suggesting he hire a lawyer. The whistleblower, he told the Times, had merely “contacted the committee for guidance.”

But Schiff himself told a different story two weeks ago on “Morning Joe.” In response to a question from the Daily Beast’s Sam Stein, Schiff said on the MSNBC show:

“We have not spoken directly with the whistleblower,” the California Democrat responded. “We would like to, but I’m sure the whistleblower has concerns that he has not been advised as the law requires by the inspector general or the director of national intelligence just as to how he is to communicate with Congress.”

Was there an outraged media reaction? Only on some Fox shows. The other news channels barely covered it. CBS and ABC didn’t bother to mention it on their evening newscasts.

And what about Sam Stein, who asked the question? He tweeted: “Schiff did appear to lie here in previously saying that his office had not spoken directly with the whistleblower. But if you care more about this stuff than the actual substance of the whistleblower complaint [then] you’re being a hack.”

So it’s not hackery to be concerned with only one side’s lies? No one is suggesting that Schiff’s falsehood is on a par with Trump’s alleged pressuring of Ukraine to investigate Joe Biden and his son while withholding military aid. (The president quite openly told reporters yesterday that he wants Ukraine, as well as China, to investigate the Bidens. Blunt, to be sure, but perhaps not the wisest move while trying to convince the country he didn’t pressure Ukrainian President Zelensky.)

A notably subdued Stein said on “Morning Joe” Thursday that Schiff had called him and “expressed regret for not having been more clear in his wording.”

Compare the media reaction to the Wall Street Journal report that Mike Pompeo was on that call, even though he feigned ignorance in an interview with ABC’s Martha Raddatz. Much of the media denounced the secretary of state as dishonest.

During the Russia probe, Trump constantly slammed Bob Mueller, his “angry Democrats,” Jerry Nadler, “fake news” and anyone else he saw as joining in the so-called witch hunt.

Now the president is taking the same approach to discredit the latest “hoax,” and Schiff’s dissembling has given him some ammunition.