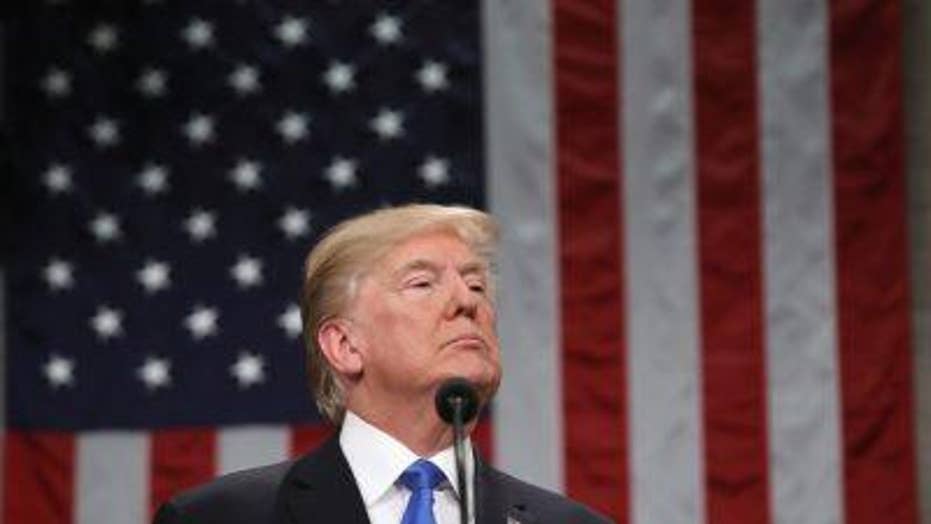 Trump testifying would be a 'trap': Columnist

Several media organizations were forced to make retractions Tuesday after falsely attributing an Obama-era migrant child-detention statistic to President Trump, but critics say the gaffe was handled incorrectly by many other mainstream outlets.

Manfred Nowak, an expert from the U.N. Global Study on Children Deprived of Liberty, claimed Monday that 100,000 migrant children were detained by the Trump administration and indicated that it was the "world's highest rate" of detained children.

The following day, however, Nowak acknowledged that the cited number was from 2015 under President Barack Obama. The correction prompted several media outlets – including the Associated Press, Reuters, National Public Radio and Agence France-Presse (AFP) -- to completely withdraw their stories containing the original, incorrect information.

"Real journalism is reporting the truth, not covering it up. When the article originally portrayed Trump negatively, it was big news. When the truth came out that Obama was to blame, not Trump, the headline and text should have been corrected, not taken down,” Cornell Law School professor William A. Jacobson told Fox News. “The takedown appears political."

When the truth came out that Obama was to blame, not Trump, the headline and text should have been corrected, not taken down."

"A Nov. 18 story headlined 'U.S. has world’s highest rate of children in detention -U.N. study' is withdrawn. The United Nations issued a statement on Nov. 19 saying the number was not current but was for the year 2015. No replacement story will be issued," Reuters stated.

National Public Radio wrote, "We have temporarily withdrawn this story because the study's author has acknowledged a significant error in the data. We will post a revised article with more complete information as soon as possible."

AFP which has over 1.7 million Twitter followers, issued its own correction and AP offered a more detailed explanation: "The Associated Press has withdrawn its story about a claim about the number of children being held in migration-related detention in the United States. The story quoted an independent expert working with the U.N. human rights office saying that over 100,000 children are currently being held. But that figure refers to the total number of U.S. child detentions for the year 2015, according to the U.N. refugee agency."

In addition to stories being completely withdrawn, the blunder also resulted in tweets condemning Trump being deleted.

DePauw University professor and media critic Jeffrey McCall feels that “correcting erroneous stories is one of the toughest challenges” in journalism because news organizations dislike calling attention to their own errors.

CNN’S DON LEMON CLAIMS HE’S NOT ‘SOME LIBERAL’ DEMOCRAT: ‘I’M NOT A PARTISAN’

“Professionalism demands, however, that reporting mistakes be corrected promptly and with the same amount of profile as the incorrect version of the story. The news-consuming public also deserves an explanation for how the error occurred in the first place,” McCall told Fox News.

McCall noted that the U.N. Global Study received a ton of attention when journalists felt it was damning for the Trump administration.

“It has been interesting to see the varying approaches to how these news outlets have dealt with their original errors,” McCall said. “Simply withdrawing the inaccurate report is not sufficient in serving the public interest.”

McCall explained that “corrected stories need full context for the data report,” including the year the statistics were gathered and the fact that it occurred long before Trump took office.

“The clumsy handling of this story, the original and the largely flimsy follow-ups, seem to fit with the broader media narrative that the Obama years were blissful and the Trump years are riddled with chaos."

“The clumsy handling of this story, the original and the largely flimsy follow-ups, seem to fit with the broader media narrative that the Obama years were blissful and the Trump years are riddled with chaos, when in actuality the problems with child detainees have been going on for some time,” McCall said.

“These outlets rushed to promote a study showing President Trump's immigration policies were horrifying on a global scale, and then when it turned out to be about 2015 and Obama's immigration policies, they sent their reports into a black hole instead of acknowledging the error the United Nations admitted,” Graham told Fox News.