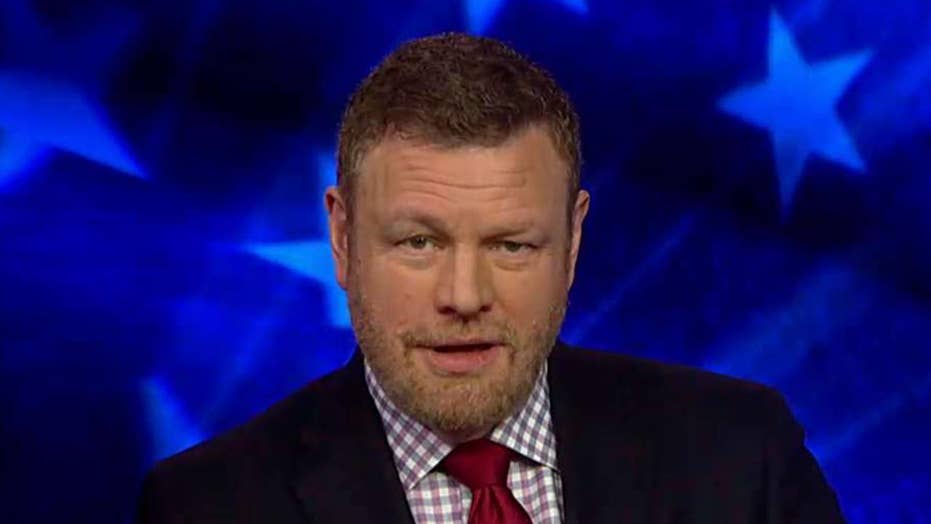 Steyn noted on "Tucker Carlson Tonight" that Williamson had preached about the power of love in her public appearances, and claimed President Trump had released a "dark, psychic force of collectivized hatred" that has hurt the United States.

During a Democratic primary debate last year, Williamson said that Trump had "harnessed fear for political purposes" and vowed to combat that phenomenon with love.

"I’m going to harness love for political purposes," she said. "I’ll meet you on that field and, sir, love will win," she said.

"Sometimes love does not want to battle Trump's dark psychic forces on the field of fear and just gallops off across the border to live ... in Canada."

In her statement announcing that she would be suspending her campaign, Williamson said she did not want to get in the way of a progressive Democratic candidate that could win.

“With caucuses and primaries now about to begin, however, we will not be able to garner enough votes in the election to elevate our conversation any more than it is now,” Williamson wrote. “The primaries might be tightly contested among the top contenders, and I don’t want to get in the way of a progressive candidate winning any of them.”

Earlier this month, Williamson laid off her entire campaign staff. Her departure comes just weeks before the Iowa caucuses kick off the nominating caucus and primary season.

Williamson's offbeat style, which included leading a meditation session on the campaign trial,  was the subject of much media curiosity. She told Fox News in September that “politics should be where we express our collective wisdom and that is all that finding your heart is about."

Later in his monologue, Steyn reacted to the current state of Sen. Elizabeth Warren's, D-Mass., campaign, saying that she was trailing in the polls, but winning "the selfie primary."

Warren recently claimed she has taken more than 100,000 selfies with her supporters as she travels the country to campaign.

"The best part of this whole year has been doing what I do, which is getting out and doing town halls, reaching out to people. And closing in on 200 town halls," the Massachusetts lawmaker said.