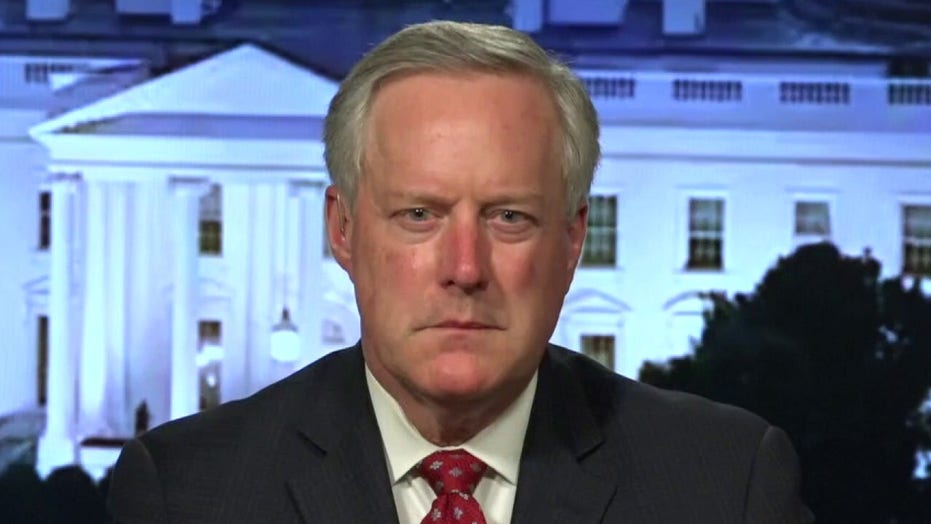 Mark Meadows: President Trump is the only thing standing between a mob and the American people

White House Chief of Staff Mark Meadows said Monday that President Trump is the only entity standing between the law-abiding American people and the left-wing mob that has set fire to city neighborhoods, defaced and destroyed public property and continues to call for the restriction of law enforcement.

Meadows told "Hannity" that tragic stories like the uptick in violence in various cities will continue to repeat itself until the unrest is dealt with by the local officials.

"Sadly, we have had a loss of life -- and yet this president is willing, and not only willing but has already put forth, federal resources to make sure that we can restore law and order. He did that about ten days ago; not only in D.C. but across the nation."

Meadows said the "untold story" amid the unrest is how the president is utilizing the federal government to both respond to and protect communities seeing such issues.

"This president was willing and did indeed provide federal resources in Minneapolis, as you mentioned -- Also in Seattle [and] Portland."

Over the weekend in Adams County, Pa., local reports said Trump's Department of Homeland Security also had officers on the ground at Gettysburg National Military Park -- in the case of such violence cropping up on the coincidence of the July 4th holiday and the anniversary of the July 1-3, 1863 Civil War battle -- as the park features innumerable memorials of both Union and Confederate notation.

The former North Carolina congressman called on presumptive Democratic presidential nominee Joe Biden to finally condemn the forces that are calling for defunding the police.

"It’s not enough to be against that policy. He needs to come out and say, you have to go the other way and support our law enforcement officers," Meadows said.